No trick-shot category is quite as ripe for ongoing exploration as the water-bottle flipping craze that first gripped the nation a few years ago. As the undisputed leader in the realm of trick shots, Dude Perfect has taken it upon themselves to stay on the peculiar skill’s cutting edge.

Having already offered up a couple earlier water bottle flipping compilations (which can be seen here and here), Dude Perfect took their latest installation to whole new heights… literally. 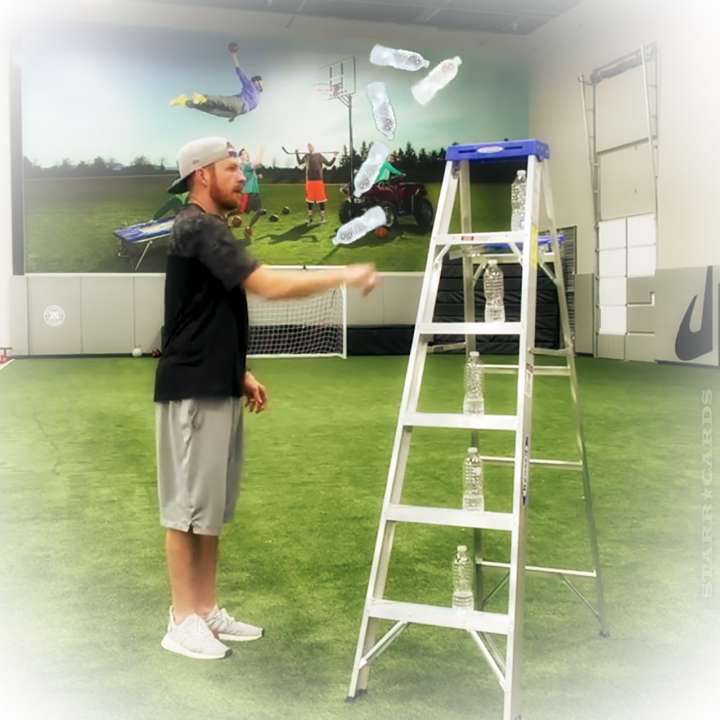 While Tyler Toney successfully flipped a bottle up to a small platform mounted on a long pole balanced atop his chin — and later to the top of a basketball backboard — Garrett Hilbert on upped him. Hilbert flipped, not one, but six bottles onto the rungs of step ladder in ascending order.

In 2016, a Garrett of another flavor (Garrett Ginner), made an impressive bottle flip to the top of a lamp post, but failed in subsequent attempts at a street light and off an oceanside cliff.