The pair met at Golf Club of Estrella outside Phoenix, Arizona, for a three-round timed challenge combining elements of golf and frisbee. The first round, which involved chipping balls through and above a golf cart into a pentagonally shaped region near the hole, was dominated by Spiranac.

Smith rebounded in round two by getting a frisbee to land near a hole in a few seconds less time than Spiranac — who nonetheless managed to hit the pin with her shot. 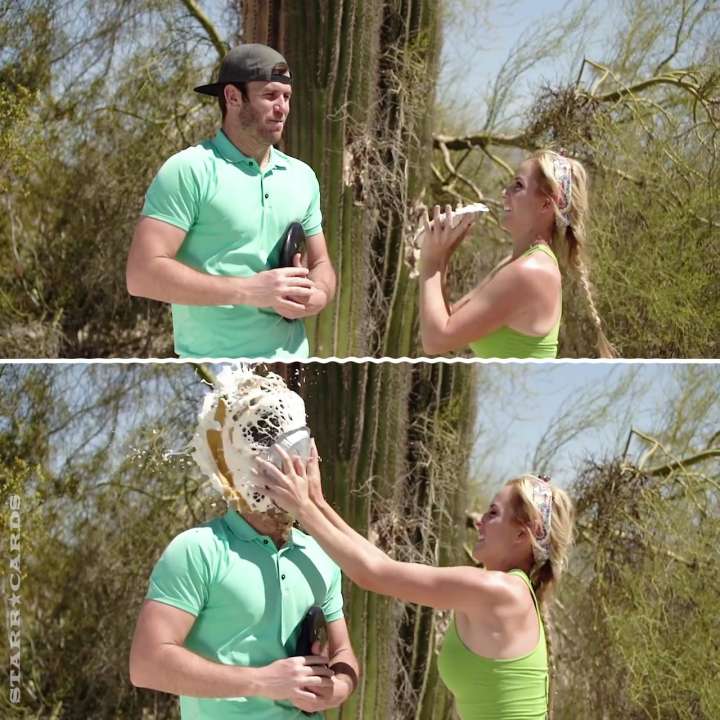 Smith, trailing by a minute six seconds, came in to the multi-part final round needing a miracle to catch up to Spiranac. Although he put up a good fight, he finished six seconds behind her time. Aside from taking a hit to his ego, Smith had to endure the ignominy of a pie to the face courtesy the winner.

BRO VS PRO: BEHIND THE SCENES

In a second video, the Breaking Par team, which helped produce the first episode of Bro vs. Pro, shared bloopers, out-takes, and behind-the-scenes commentary from Smiths’ meeting with Spiranac.