Dude Perfect is to Nerf products as Paul Newman is to salad dressing. The wildly-popular YouTubers offered up yet another generous helping of Nerf trick shots using the Nerf Sports Dude Perfect signature bow. 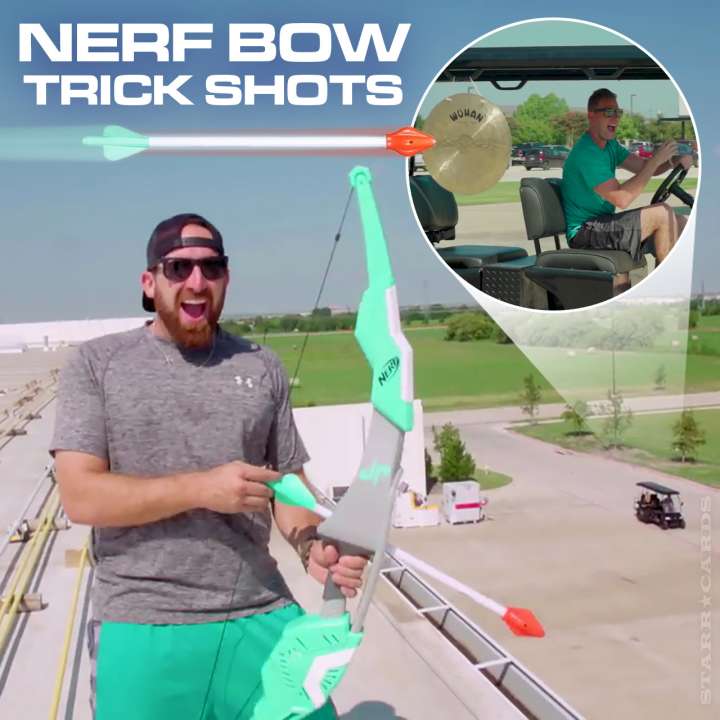 The final trick in the video had Tyler Toney firing an arrow from atop the Dude Perfect’s Frisco, Texas headquarters to hit a moving target — which in this case happened to be a gong suspended in a motorized cart driven by Cody Jones.

Drac Thalassa, self-proclaimed Nerf vampire and creative force behind the Lord Draconical review channel on YouTube, put the DP bow to the test in his Tucker, Georgia backyard. While he loved the look of the bow, he was less impressed with its functioning and price.

By way of comparison, Thalassa came away with a far more favorable impression of the Faux Bow Pro from Marky Sparky, which boasts a range of up to 200 feet.