Fresh from their World Series victory parade in front of an estimated 800,000 fans in Kansas City, Royals stars Eric Hosmer and Salvador Perez returned to New York for an appearance on The Tonight Show. Before he sat down for his interview, Hosmer planted a cheeky kiss on fellow guest Christie Brinkley and handed the World Series trophy to actor-comic Aziz Ansari for safekeeping. 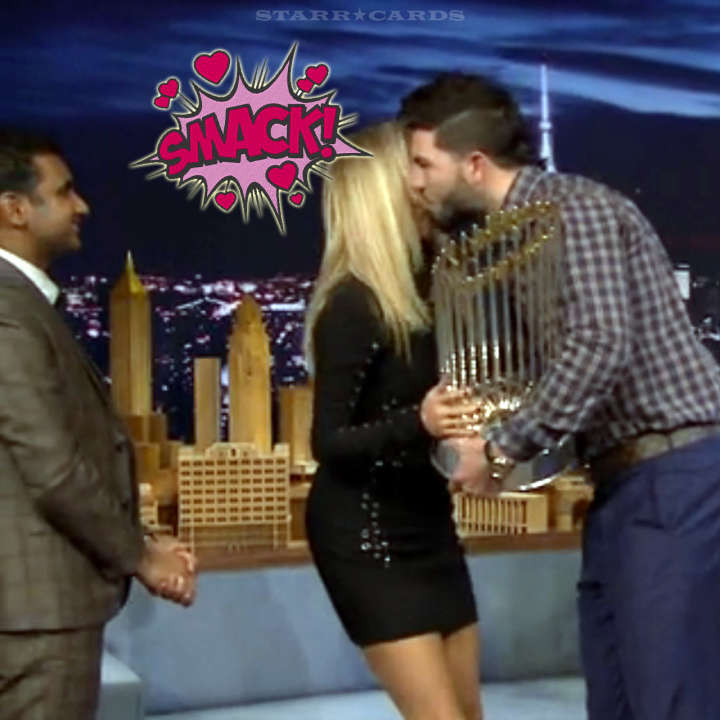 Fallon showed Hosmer and Perez a 1986 video of former Royals pitcher Bret Saberhagen awkwardly rapping the virtues of Ford trucks, before introducing a Saberhagen impersonator who feted the pair.

The real Saberhagen appeared from behind the curtains to land a mock bodyblow to the “1986 Saberhagen” and reprise his self-titled shuffle.

HE WHO LAUGHS LAST

During the interview, Fallon poked fun at Perez’s celebratory leap after clinching the World Series, but the MVP got the last laugh on the accident-prone host. During the show’s closing sequence, Perez snuck up behind the unsuspecting Fallon and doused him with a Gatorade bucket full of chilled water. 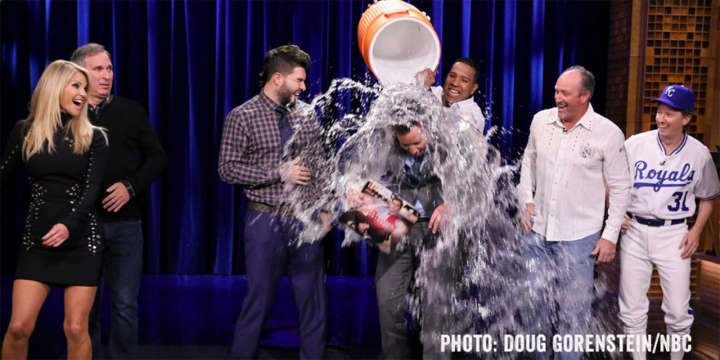 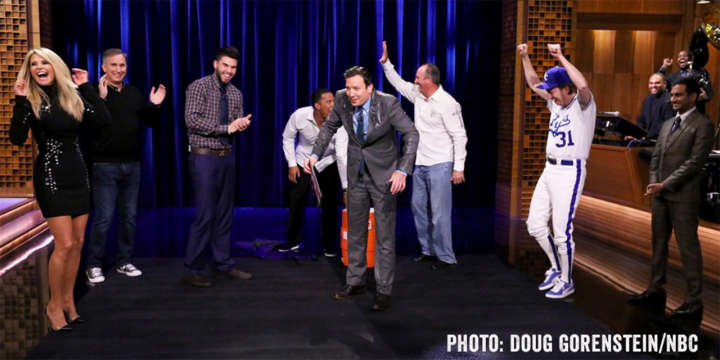