Simone Biles added an exclamation mark to the United States women’s gymnastics team’s performance at the Olympic Games by concluding their world-beating effort with an electrifying floor routine.

After Biles’ performance, the team gathered to celebrate her competition-best floor score of 15.8 and the final confirmation of their gold-medal win.

The quintet of Biles, Aly Raisman, Gabby Douglas, Laurie Hernandez and Madison Kocian have dubbed themselves the “Final Five” after the last American team came to be known as the “Fierce Five.” The new moniker plays off the well-known “Final Four” of the NCAA basketball tournament, but its meaning is firmly rooted in the sport of gymnastics.

''We decided to name ourselves the 'Final Five', because it is Marta's last year and we're her last team. Obviously, without her none of our success would have been possible.''

— Aly Raisman, on the 'Final Five'

In addition to being a tip of the cap to outgoing coach Marta Karolyi, the nickname alludes to this being the last U.S. team that will be comprised of five members, as the Olympics are switching to four-person squads in four years.

Bob Costas gave the Final Five a chance to watch their gold medal ceremony back for the first time, which led Biles to admit she got the lyrics to the national anthem messed up. 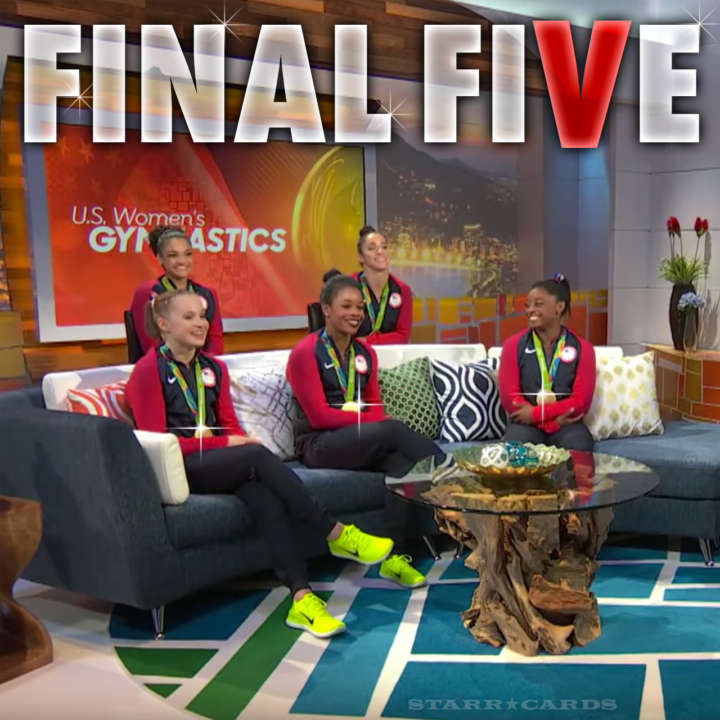