Everybody knows the NCAA Men’s Basketball Tournament Final Four (Kentucky Wildcats, Duke Blue Devils, Wisconsin Badgers and Michigan State Spartans) are set to compete over the weekend with a champion to be decided Monday night. Less known is a number of other Final Fours in play… 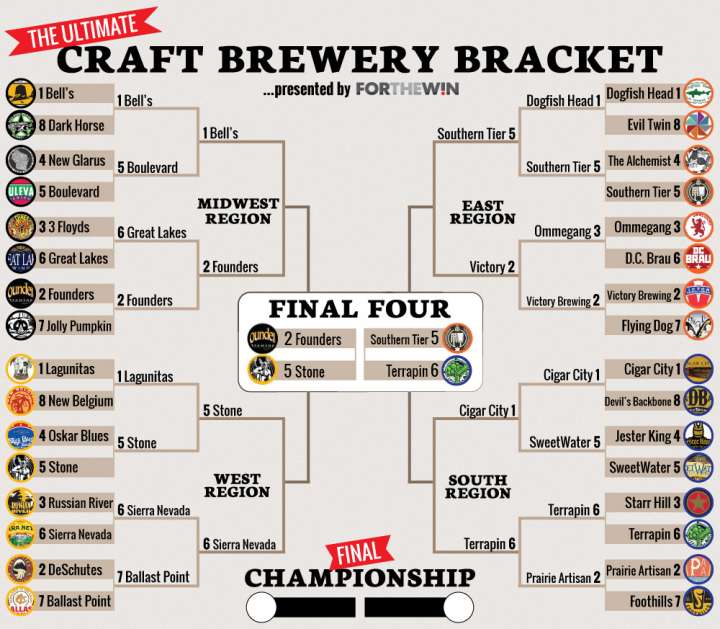 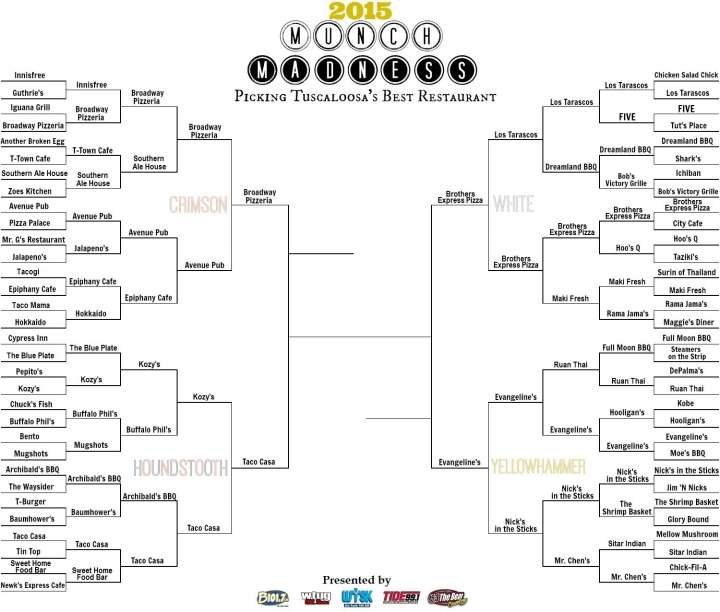 If you’re going to have a beer, you might want some eats to go along with it. If you’re in Tuscaloosa, Alabama, your best restaurant options can be found in the Munch Madness Final Four which includes Broadway Pizzeria, Taco Casa, Brother’s Express Pizza and Evangeline’s.

Seth Meyers introduced the extra-frivolous Tournament of Things bracket a couple weeks ago which pitted things like a windbreaker against the Helvetica font.

EDITOR’S NOTE: Does Meyers say, “no not know” at the 2-second mark of the above YouTube clip? 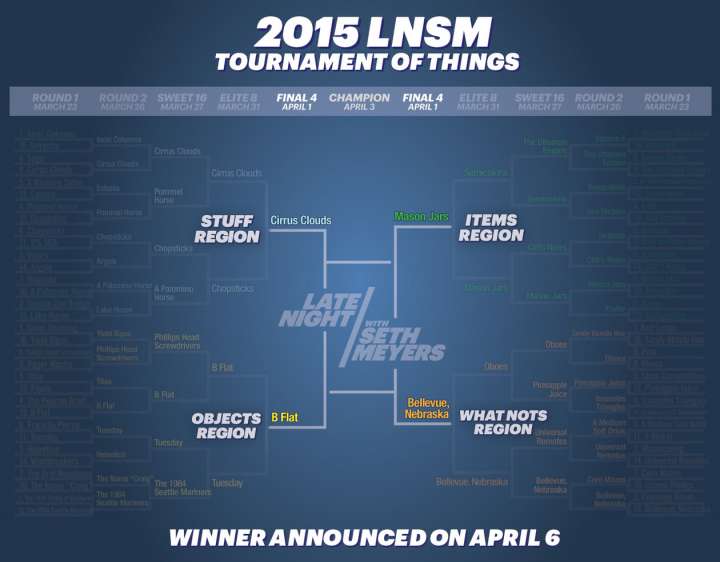 The Final Four has come down to cirrus clouds, B flat, mason jars and Bellevue, Nebraska. Considering all the great pieces of music written in B flat, it would have to be the odds on favorite to win the whole thing. 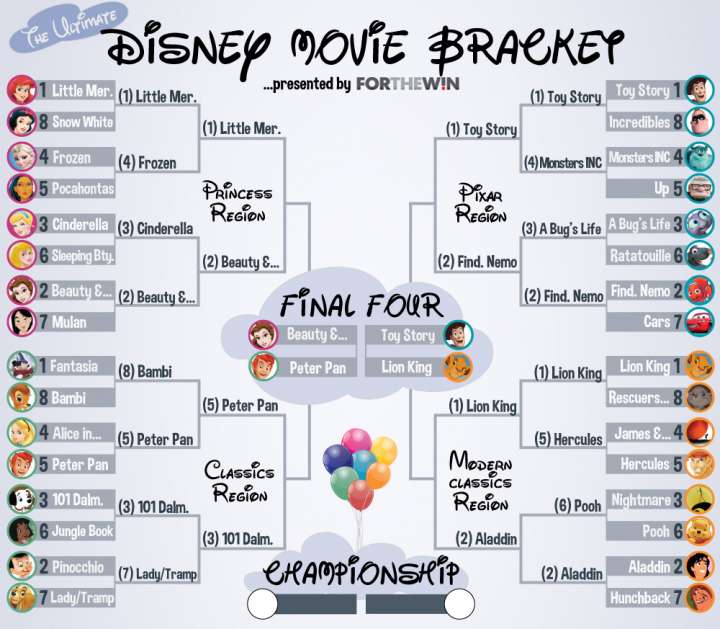 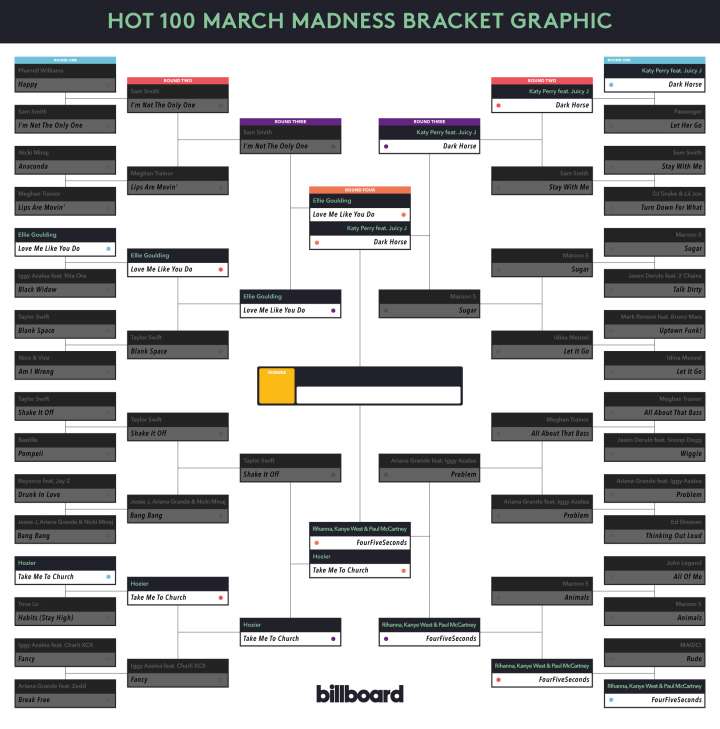 Billboard’s Hot 100 bracket has Ellie Goulding’s “Love Me Like You Do,” Katy Perry’s “Dark Horse,” Rihanna, Kanye West & Paul McCartney’s “FourFiveSeconds” and Hozier’s “Take Me To Church” in the Final Four.