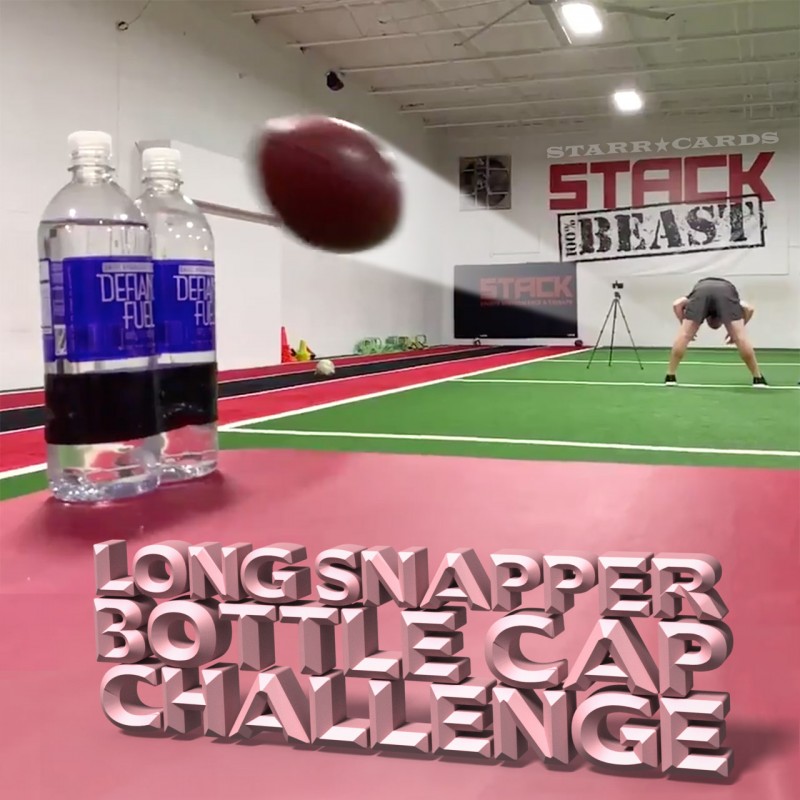 One sure sign that a fad has penetrated the remotest corners of the sports world is when it is taken up by football long snappers en masse. The Bottle Cap Challenge has seen not one, nor two of these special-skill position players give it a try, but a whole sextet’s worth…

I guess it’s time for me to join in on the #BottleCapChallenge fun! pic.twitter.com/RqJeIqrLVO

Later the same day, Aaron Bolinsky of the Syracuse Orange took up the challenge with a similar result.

Flag football player Blythe Bly of Choctaw, Oklahoma, tagged Ferguson in posting her video to Twitter and a day later got a personal shout out from the Tigers long snapper.

Had to take part in said bottle cap challenge🤷🏼‍♂️#bottlecapchallenge#RollTide pic.twitter.com/S77RM1HHyP

While Alabama Crimson Tide long snapper Thomas Fletcher didn’t up the bottle tally, the creative hold and celebratory water swig puts him at the top of the heap.