First it was refrigerators, now its washing machines. When we last checked in with Hafthór Júlíus “Thor” Björnsson he was setting a world record by dashing 20 meters while carrying two fridges, now we find him blowing off steam by chucking 46 kg (101.4 lb) washing machines.

Björnsson, best known for playing “The Mountain” in Game of Thrones, took on former world’s strongest man winner Zydrunas Savickas in an attempt to set a new record for the farthest washing machine throw. 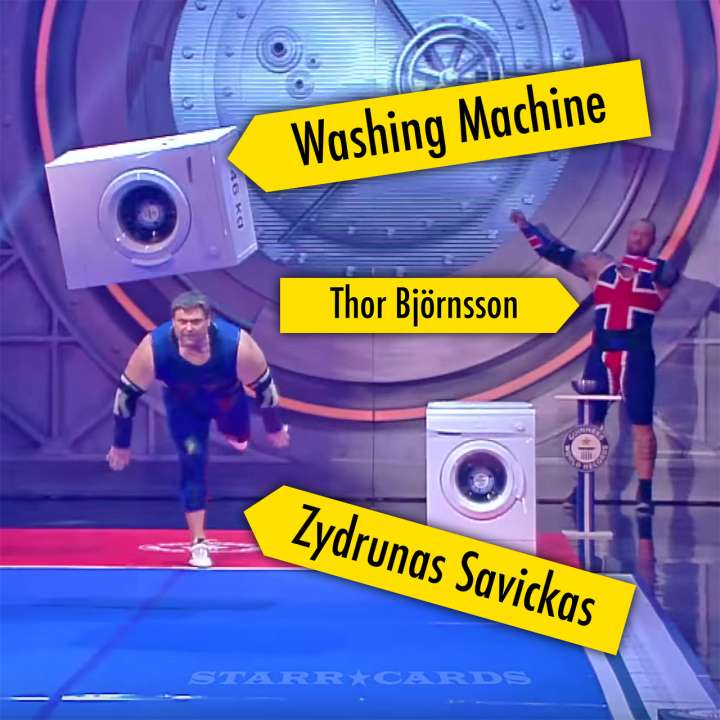 Björnsson was unable to get comfortable with his throwing technique, while Savickas established a new world record with his first toss of 4.13 meters (13 feet 6.6 inches).

Aside from manhandling household appliances and his appearances in Game of Thrones, Björnsson won two consecutive Europe’s Strongest Man titles in 2014 and 2015. In 2016, the famed Icelander was edged out by England’s Laurence Shahlaei.