One may safely assume that anyone who calls table tennis “ping pong” is not particularly dedicated to the sport. But when it come to the Dude Perfect crew, they are deadly serious about maximizing the amount of fun that can legally be derived from challenges involving ping pong balls.

In 2014, the world’s most famous trick-shot crew posted a ping pong video that has gone on to rack up nearly 70 million views.

And, of course, it was followed in short order by the mandatory behind-the-scenes video.

The original ping pong trick shots video wasn’t to be Dude Perfect’s only foray into the frivolous world of white-orbed fun. Part Two of their series was even more popular than the first — it’s now approaching 200 millions views! 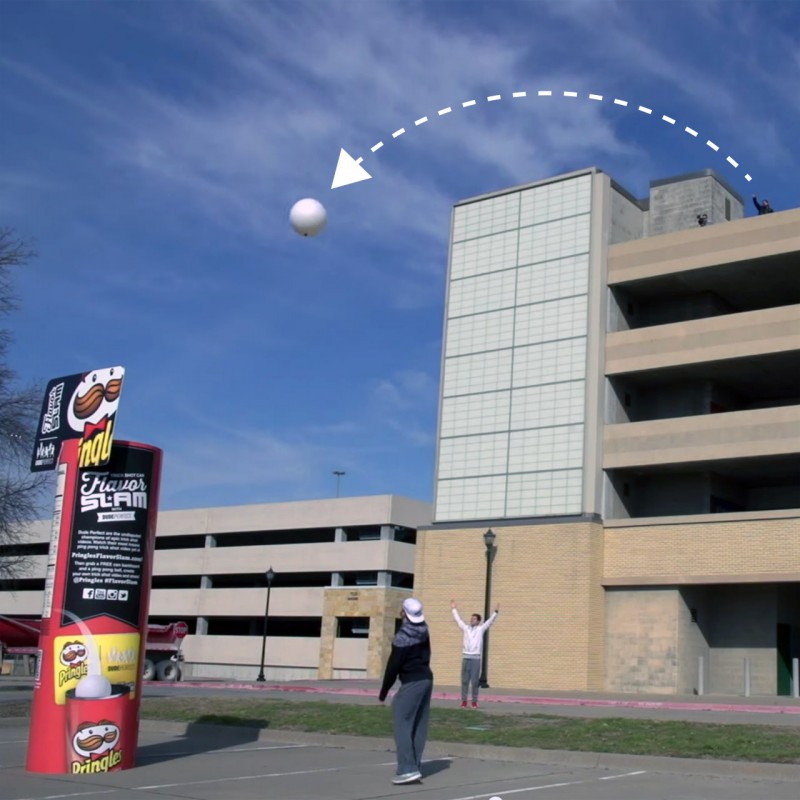 The only stunt missing from their video is seeing who could devour a giant-sized Chile Con Queso Pringle sans liquid refreshment. Subsequent sequels from the Lone Star statesmen can be enjoyed here and here.