The next time you have a lot riding on a hotly-contested ping pong game (say, front row seats to a Lakers-Clippers game at Staples Center), you may want to pull out a sneak attack like the behind-the-back bamboozler. 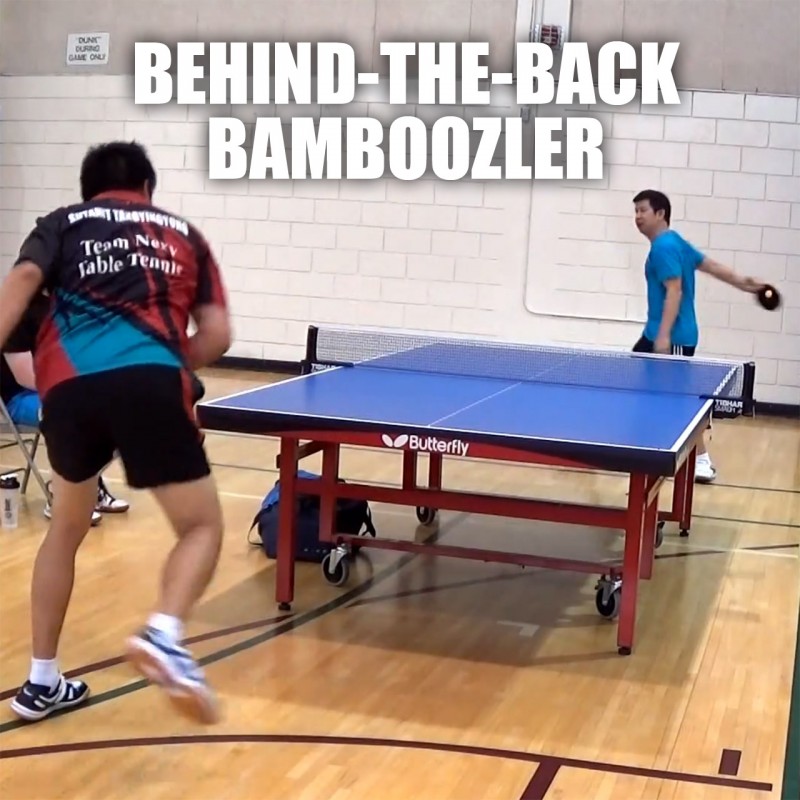 While the odds of connecting on the shot may be as slim as McGregor connecting against Mayweather, when it happens, the results are jaw dropping.

With enough practice, one may even employ the nearly indefensible shot even in tournament play. Notice in both example clips above, the victim is at first flummoxed, then reluctantly congratulatory.

If it works in a singles match, why not doubles? That’s exactly what Austrian Daniel Habeshon was thinking when he pulled off a behind-the-back winner at the 2013 World Table Tennis Championships.