Hall of Famer Emmitt Smith talks about his love for the Dallas Cowboys, promise to Walter Payton

Hall of Famer Emmitt Smith talks about his love for the Dallas Cowboys, promise to Walter Payton

Legendary Cowboys running back Emmitt Smith sat down with Graham Bensinger for a wide-ranging interview covering his football career, including how it almost never happened.

Smith’s mother, a huge football fan, had to intervene with his father before Emmitt was given permission to pursue his passion as a child. Ultimately, Smith followed in the footsteps of his running back dad, who’s own career was cut short by a knee injury. 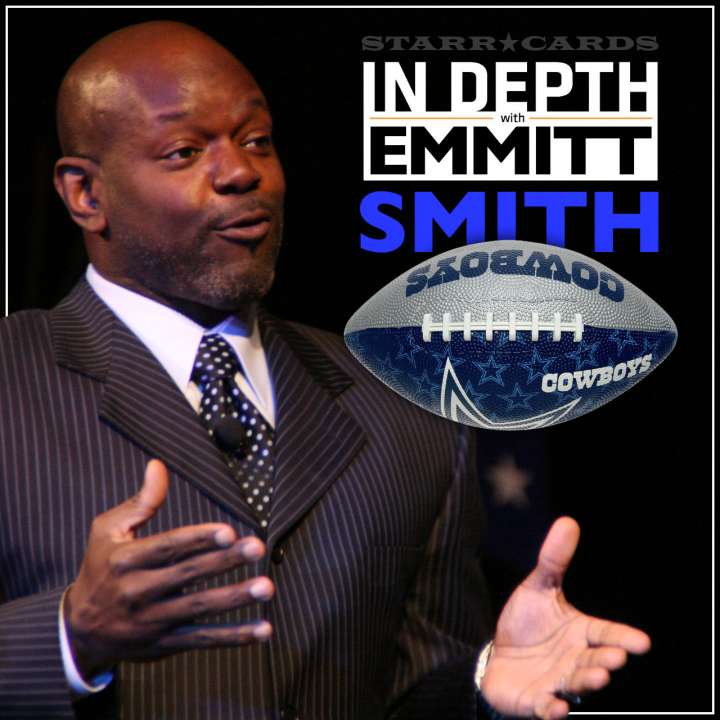 Years later, the elder Smith confessed to Emmitt — just prior to his induction into the Pro Football Hall of Fame — that he had been able to live out his dreams through his son’s gridiron exploits.

Smith explained why his draft day call from Dallas Cowboys coach Jimmy Johnson was a dream come true, and why he cried for 30 minutes as an Arizona Cardinal playing back in Dallas after spending his first 12 years there.

As one of the 21 members of the Cowboys Ring of Honor, Smith remains a avid supporter of America’s Team.

Smith addressed the infamous reputation of the ’90s-era Cowboys, plus shared stories from his career in which he learned lessons in moderation and association. One such lesson, was deciding to drive for himself after getting stopped in teammate James Washington’s white Mercedes by black cops in Dallas, for “driving while black.”

Now days, you’re as liable to find Smith on a bicycle as behind the wheel of a car.

Smith recalled Super Bowl highlights, including intense anxiety before his first Super Bowl in 1993, which left him feeling exhausted even before the first snap. 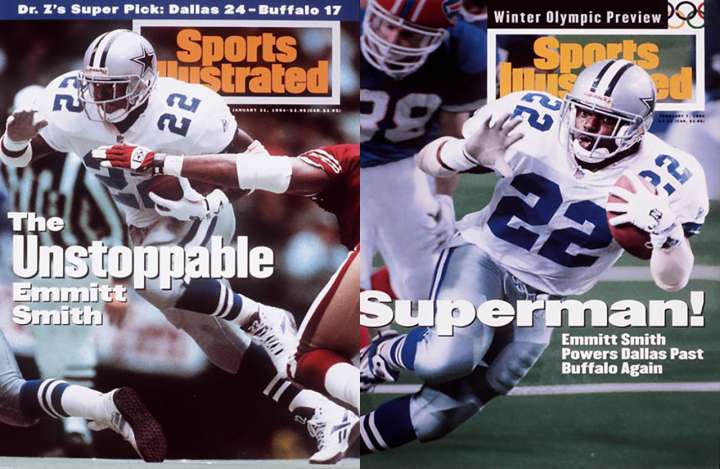 In 1994, Smith overcame his fear of the Sports Illustrated cover jinx, and — with a little help from the famous “run right” play — propelled the Cowboys over the Bills 30-13 in Super Bowl XXVIII.

Smith was comforted by his idol, former Chicago Bears running back Walter Payton, after a bad injury at Soldiers Field in which Smith thought his career may be over.

''There he was, a man that was actually dying, encouraging me. In return, I had to ask the question if there was anything I could do. He said, 'Nah, I'm good. I'm at peace with where I'm at, but every now and then reach out to my son Jarrett and make sure he's okay.''

Seeing a blueprint at his Pop Warner coach’s house, triggered an early interest in Smith for pursuing business after his playing days ended. In his post-football career, Smith has benefitted from connections with successful entrepeneurs Roger Staubach, Magic Johnson and Jerry Jones.

Aside from his various real estate ventures, Smith is also co-owner of an upscale men’s grooming and lifestyle club known as The Gents Place.

As the leading ball carrier in NFL history, Smith remains concerned with the long-term effects of taking so many hits. Regular doctor visits have thus far shown no brain-function deterioration, but his head maintains a constant tilt due to neck injuries.