High stakes cliff diving in Polignano a Mare, Bilbao and Acapulco (with Elvis)

High stakes cliff diving in Polignano a Mare, Bilbao and Acapulco (with Elvis)

Most divers compete at half empty pools or, on the Olympic stage, in front of a couple of thousand people. For professional cliff divers, the crowds (and risks) can be tenfold in size. VICE Sports traveled to Polignano a Mare, Italy for the penultimate stop on the 2015 Red Bull Cliff Diving Tour, and met the athletes that risk life and limb for a few seconds of hair-raising free fall. 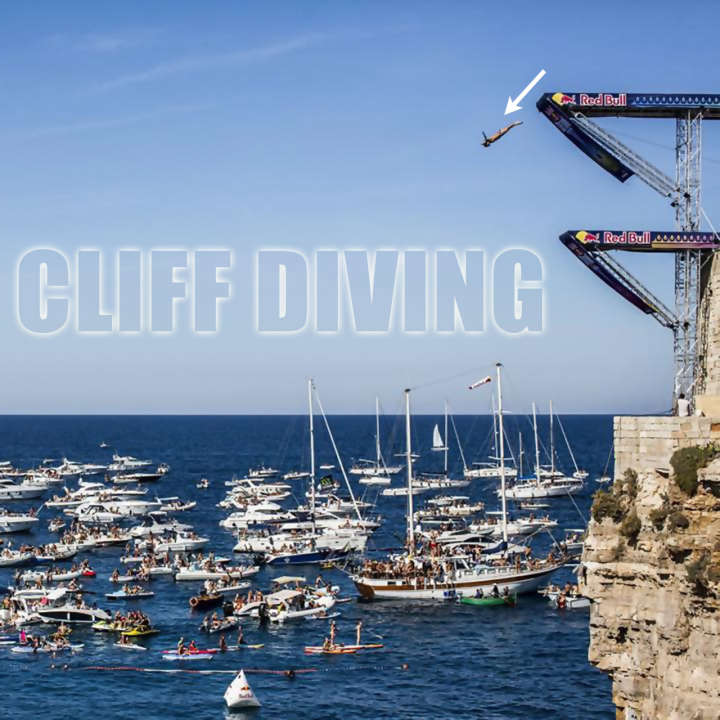 The final stop on the tour this year was Bilbao, Spain, where the diving platform was constructed adjacent to the world-famous Guggenheim Museum on the Nervión river. The United States’ Steven LoBue finished atop the podium, ahead of Colombia’s Orlando Duque and Britain’s Blake Aldridge.

ELVIS HAS LEFT THE CLIFF

Absent from the 2015 Red Bull Cliff Diving World Series was perhaps the most famous venue of all — Acapulco, Mexico.

Elvis Presley starred with Ursula Andress in the 1963 film Fun in Acapulco, which exposed cliff diving to a mass audience for the first time. Presley, who plays a hotel bar singer, demonstrates his machismo by diving off the 136-foot cliff of La Quebrada.