The Cleveland Cavaliers may have gotten off to a rocky start to the 2017-18 season, but thanks to LeBron James they enjoyed their third straight world-class Halloween party. 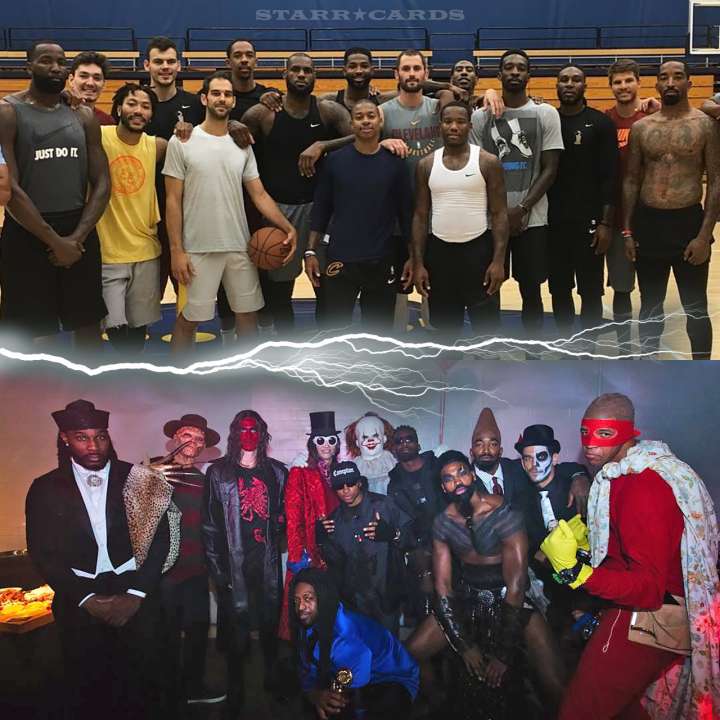 LeBron, who has dressed as pop singer Prince and Jerome from Martin in year’s past, had his Cleveland teammates firing on all cylinders for this year’s get together. Joining the Cavs on our 2017 All-NBA Halloween team are the league’s past two MVP winners.

James, per usual, went all in on his Halloween costume. The 3-time NBA champ dressed as Pennywise the evil clown from Stephen King’s It, complete with red balloons to hand out to guests.

DWYANE WADE AS 1/2 OF MILLI VANILLI

A veteran of Bron’s past two Halloween partys, Kevin Love and girlfriend Kate Bock went with WWE-coordinated costumes — Love made for an intimidating Sting, and Bock a cute Hulk Hogan.

J.R. Smith made up for weak effort last Halloween, by donning a conehead inspired by Dan Aykroyd’s character Beldar from the second season of Saturday Night Live.

Tristan Thompson and pregnant girlfriend Khloe Kardashian came to the party as Khal Drogo and Daenerys Targaryen from Game of Thrones, and walked away with the award for Best Couples Costume.

JOSE CALDERON AS HALF FACE SKULL

Jose Calderon and his date went half-and-half on a skull-based theme.

Tricycle-riding Steph Curry wanted to play a game a la the diabolical Jigsaw from the Saw horror movie franchise.