LeBron: The Musical reworked the lyrics from the Hamilton title song to detail James’ basketball odyssey from his days at St. Vincent-St. Mary High School in Akron, to bringing the first NBA title to Cleveland. 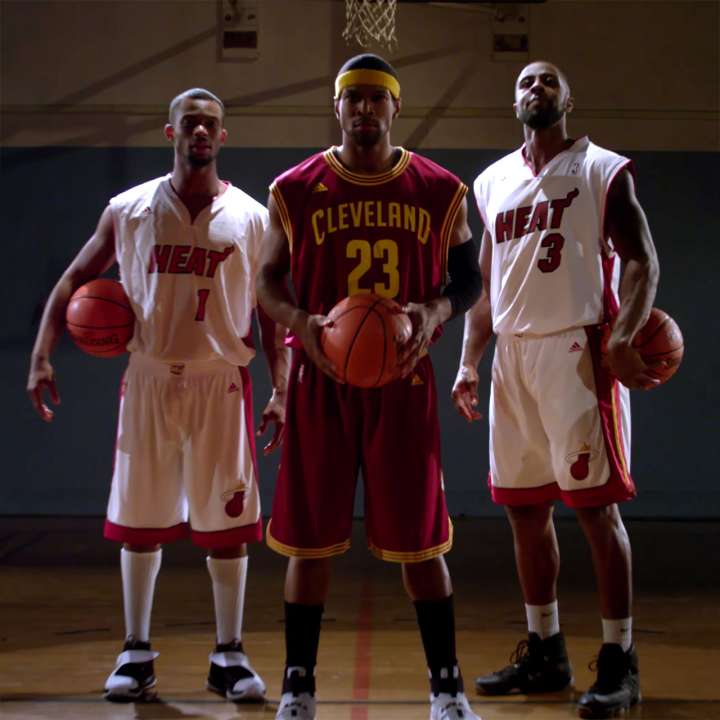 ''I've done something right up until this point with my career to see someone be able to take the time out of their days to do something like that. It's pretty cool.'' 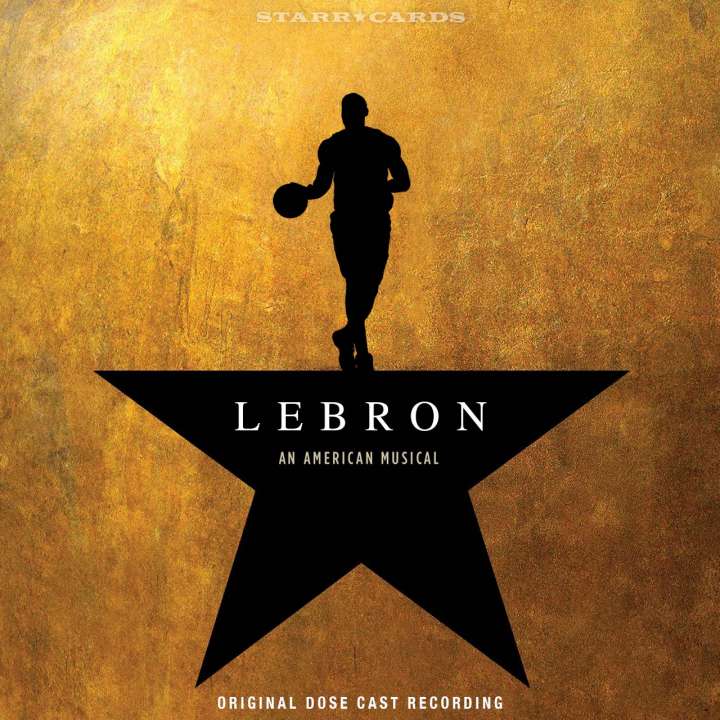 STEPHEN CURRY: How do you block him, stop him, run out the clock on this Sportsmen, four time MVP, with more time on the court as a freshmen the best of them get celebrated, then hated, then back home fully decorated.

DWYANE WADE: Small forward, father of three, without a father. Future looking brighter, St Vincent was much whiter, he felt like an outsider, he kept the D tighter. At fourteen, he’s getting watched by each team and every sports writer.

KYRIE IRVING: And every year more people came to see him filling the stands. Had to play in Akron’s stadium to supply those demands. He was close to pro that he could smell that sweet aroma. Went and asked the NBA to let him join with no diploma.

CHRIS BOSH: Then the ‘03 draft came, first pick of the first round. LeBron’s gonna get to drib-dribble, in his home town. L-Train starts his reign, with the Rookie of the year. First time for a Cavalier, bu t the future’s still unclear.

CURRY: The Cavs rebound, three trips to the Eastern conference, makes all star that will give a guy some confidence. Countdown free agency after the olympics. He’s tearing off his jersey and the world’s shouting what next?

WADE & BOSH: Moved down to Miami, Wade and Bosh made the Big Three. Getting Triple-Doubles, mastermind Pat Riley. The choice, haunting him with infamous dissention. He could hear America rooting the Mavericks on against him.

CURRY: What does four years in Florida afford for the finest. He wins two, losses two, but not quite a dynasty.
Looking towards the future more than titles is his long game.
Best that that ever played, has a ring that he might claim.
Miami was the right place to win it for the wrong reason. Exclusive on SI, going home for a new season. Bows his head as he slips his jersey on again. In cleveland he can build it up again.

CURRY: What was the motivation now that your quest is completed? Someone said that it was a mistake to leave the Heat. It begs the question how long can Lebron stay undefeated?

BOSH, WADE & IRVING: We won with him, and lost with him.

MICHAEL JORDAN: Me? I Never played him.

CURRY: Me? Gonna take another shot at him.