For years, Japan has been known as a global leader in robotics, but increasingly it is getting recognition for a considerably less high-tech endeavor — namely world-class rope skipping.

School kids from Fuji Municipal Harada Elementary School in Fuji, Shizuoka, Japan set an official Guinness World Record for the Most Skips Over a Single Rope in One Minute by a Team. 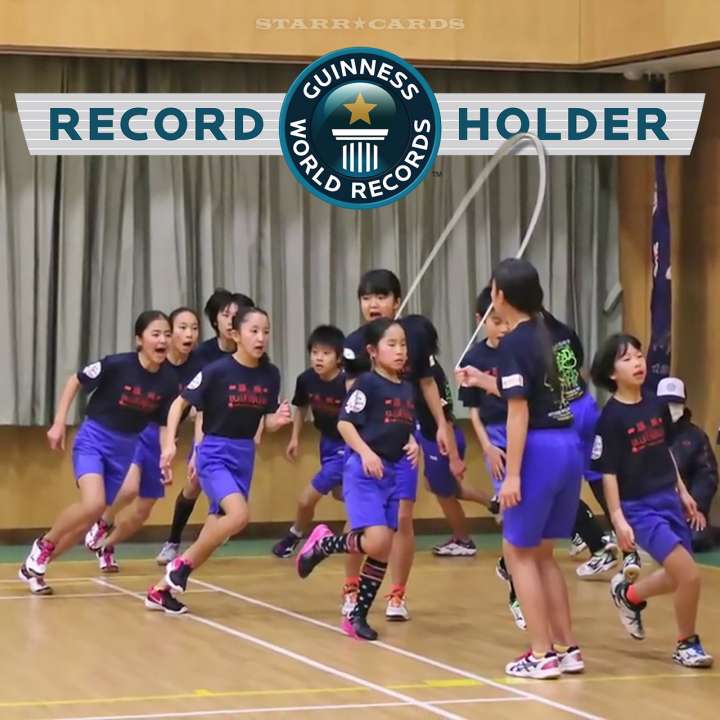 As two of the taller students spun the rope, a dozen of their classmates wove about them in a tight figure-eight pattern. To synchronize their skips over the rope, the kids alternated in chanting a fast-paced cadence that regulated their strides and jumps. The clockwork-like precision led to a record 225 skips in 60 seconds.

The Harada team took the record from rival Hiromi Elementary School, who achieved an earlier total of 217 skips back in 2013.

Nimble-footed 23-year-old Ayumi Sakamaki of team Diana set the new world record for Most Double Dutch-style Skips in 30 Seconds with a total of 129 jumps over both ropes.