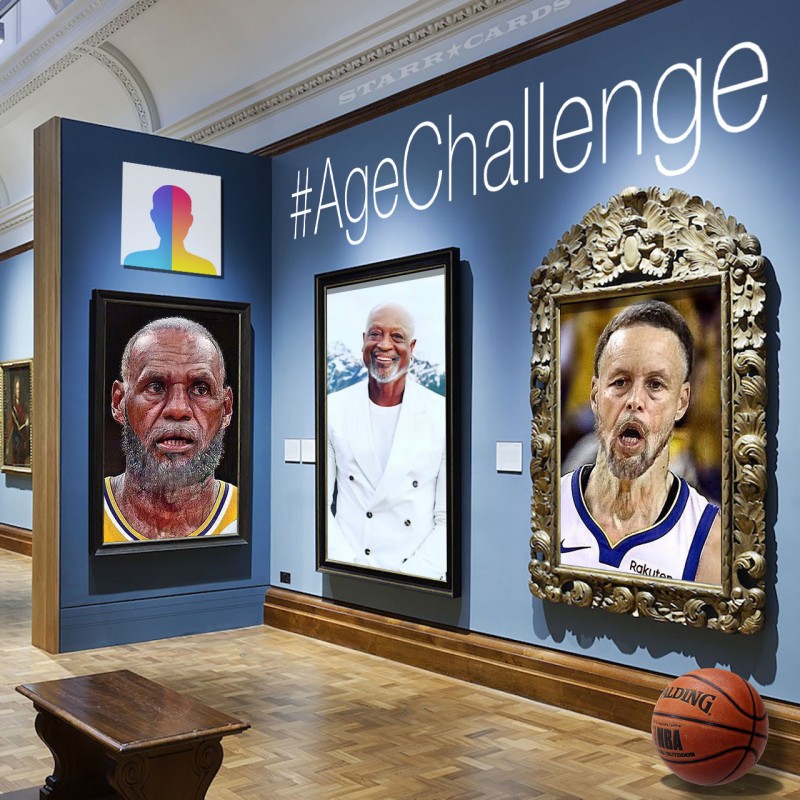 The Russian-made FaceApp may or may not be a giant scheme to extract biometric data from its users, but that hasn’t kept hundreds of athletes from trying out its incredibly-realistic aging filters on their photos.

The biggest stars in the NBA, from LeBron James and Dwyane Wade to Steph Curry and Chris Paul, took to Instagram to share portraits that had been filtered in FaceApp to make the ballers appear 20-40 years older.

If there’s any player that could still be playing in their sixties, it would be James, who aside from last year’s groin injury, has proved pretty much indestructible over his nearly 20 years in the league. Should he pull it off, he will certainly own every NBA statistical record ever conceived.

Will Curry still be able lost three pointers from ten feet behind the line in the year 2050, or will he have to resort to shooting underhanded a la Jerry West’s free throws?

Kevin Love doesn’t look terribly different when aged by three decades, which is either a testament to how gracefully he will age, or a sad commentary on old he already looks.

Sometimes it seems like Chris Paul has already been in the league for half a century.

If the Boston Celtics don’t have any roster turnover in the next 30 years, their lineup might look like that pictured in the above slideshow.

Dirk Nowitski, the Dallas Mavericks elder statesman, retired after the 2018-19 season, but if the remaining players stick around long enough they will all be elder statesmen.

The NBA on TNT staff went to work aging all of the league’s newly-formed super duos including the Lakers’ LeBron and Anthony Davis, the Nets’ Kevin Durant and Kyrie Irving, the Clippers’ Kawhi Leonard and Paul George, the Rockets’ James Harden and Russell Westbrook. The one extant super pairing — the Warriors’ Splash Brothers — also got the wrinkly treatment.