New Jersey Devils goaltender Cory Schneider is scheduled to be back in action Saturday against the Lightning, after missing 11 games with a knee injury. The 29-year-old netminder has compiled an impressive 26-23-6 record and .923 save percentage in 55 appearances this season. 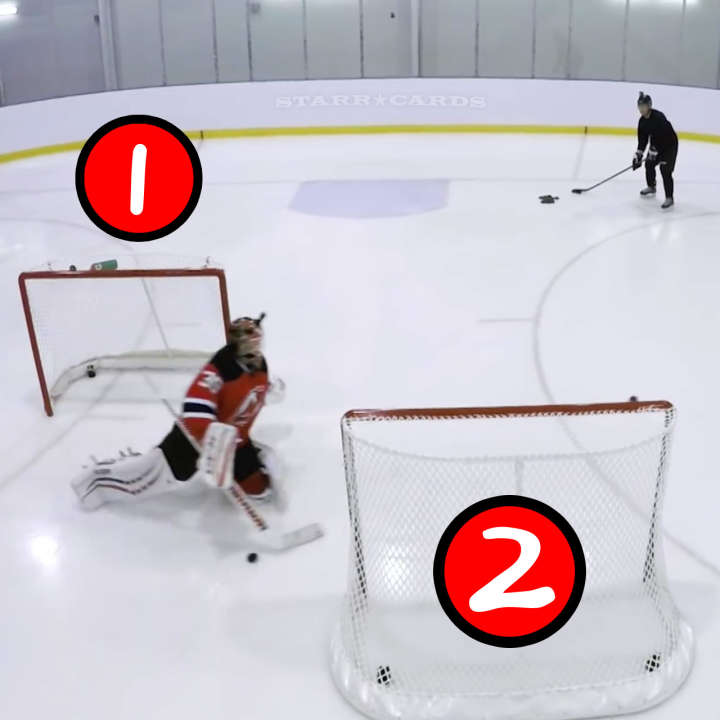 How do you challenge a goaltender that is among the NHL’s top ten in almost every defensive stat? You double the fun, by making him defend two nets instead of one.

Schneider, a Marblehead, Massachusetts product, attended Boston College where he posted a career record of 65 wins, 25 losses and 7 ties in 97 games. In 2007, he signed an entry-level contract with the Vancouver Canucks and was assigned to their minor league affiliate, the AHL’s Manitoba Moose.

In his second year with the Moose, Schneider set a team records with 28 wins (including 13 in a row), 2.04 GAA and .928 save percentage. At the conclusion of the season was awarded the Aldege “Baz” Bastien Memorial Award as AHL goaltender of the year.