To say the 2018-19 season was a disappointment for Pittsburgh Penguins fans would be an understatement. The team slipped to third in the Metropolitan division standings after having placed second the previous four seasons, and then they were swept in the first round of the playoffs by the New York Islanders.

The Pens were hoping to bounce back this year, and were looking to a strong showing from Evgeni Malkin, who led the team in points (74) at the time the season was suspended. The six-foot-three Russian who can be a magician on the ice when healthy…

Malkin, wearing a GoPro helmet cam, makes stick drills look like something out of a video game. He uses smooth hands and extreme technicality to find the net after a dazzling display of stick mastery. 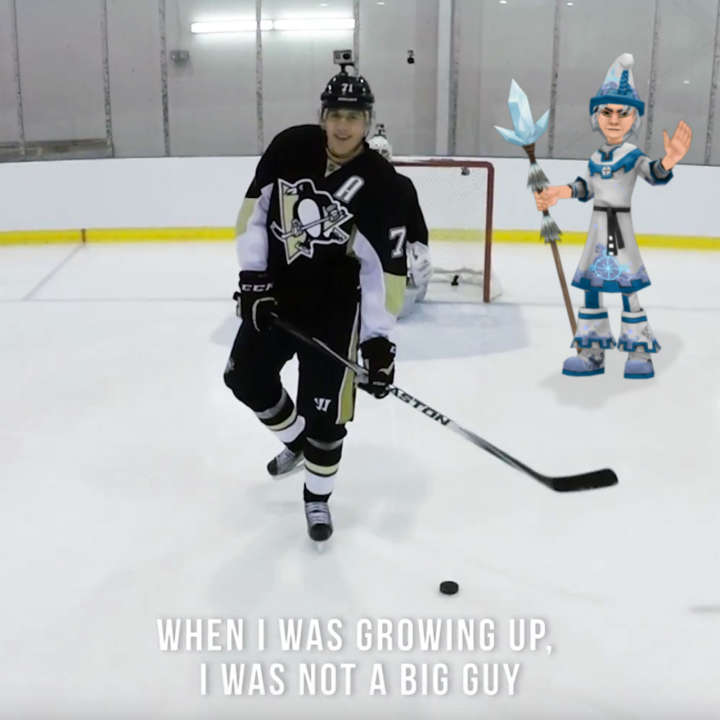 Malkin’s stick prowess is nothing short of some serious ice wizardry.

Outside the hockey rink, Malkin can be found swimming with big fishes…

… or enjoying the company of Russian television personality Anna Kasterova and a dead-eyed Santa.

Over the course of his NHL career, which began in the 2006-07 season, Malkin has tallied 395 goals and 1016 points — making for a lengthy highlight reel. A three-time Stanley Cup champion, “Gino” has played in the NHL All-Star Game seven times.