Llanwrtyd Wells, with a population of 600, bills itself as the smallest town in the United Kingdom, but the wee Welsh village is better known for the weird sports competitions it hosts throughout the year including the World Mountain Bike Chariot Race Championships.

When Llanwrtyd Wells’s pony trekking industry started drying up in the 1970s, locals devised a plan to keep the local economy going — and what better way to do so than by holding races in which two mountain bikes pull a “charioteer” in a wheeled barrel? 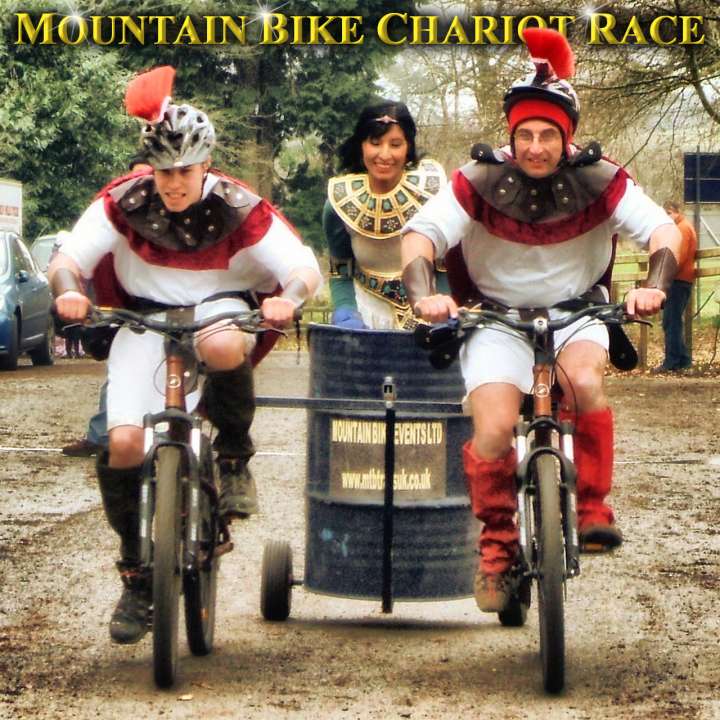 Each year, the new-fangled chariot race brings a bit of brightly-colored cheer to mid-winter gloom of January, and is followed in later months by bog snorkling and man versus horse events.

The day of the World Mountain Bike Chariot Race Championships begins with timed two-team heats around a mile-long course. Those are followed by a race in which the fastest qualifiers face off in a bid for ultimate glory. 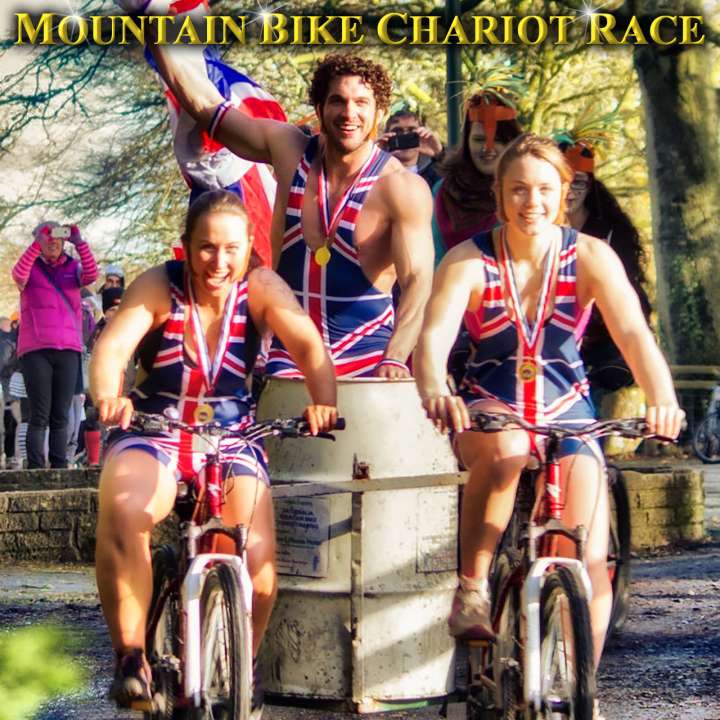 While originally conceived with participants dressing in Roman regalia, customs over the years have ranged from diaper-clad adults to a team in matching Union Jack spandex singlets.

The chariot races from which Llanwrtyd Wells event takes its inspiration, originated in ancient Greece, but also found an enthusiastic audience in Rome from its earliest days. The Circus Maximus could seat a quarter million spectators for races which consisted first of seven laps, then later, five. The most important races, like the fictional one depicted in the 1959 blockbuster Ben-Hur, involved four-horse chariots known as quadrigae.