One of the valuable functions politicians fill is to make ridiculous wagers before playoff series involving their home team. In 2015, Calgary mayor Naheed Nenshi came up on the short end of his bet with Anaheim mayor Tom Tait, when the Ducks snuffed out the Flames in the Stanley Cup playoffs.

As a result, Nenshi found himself at a city council meeting dressed in an Anaheim Ducks jersey singing “Let it Go” from Disney’s Frozen. Nenshi lessened the sting of public humiliation by surrounding himself with fans — and superior vocalists — dressed in Calgary Flames apparel. 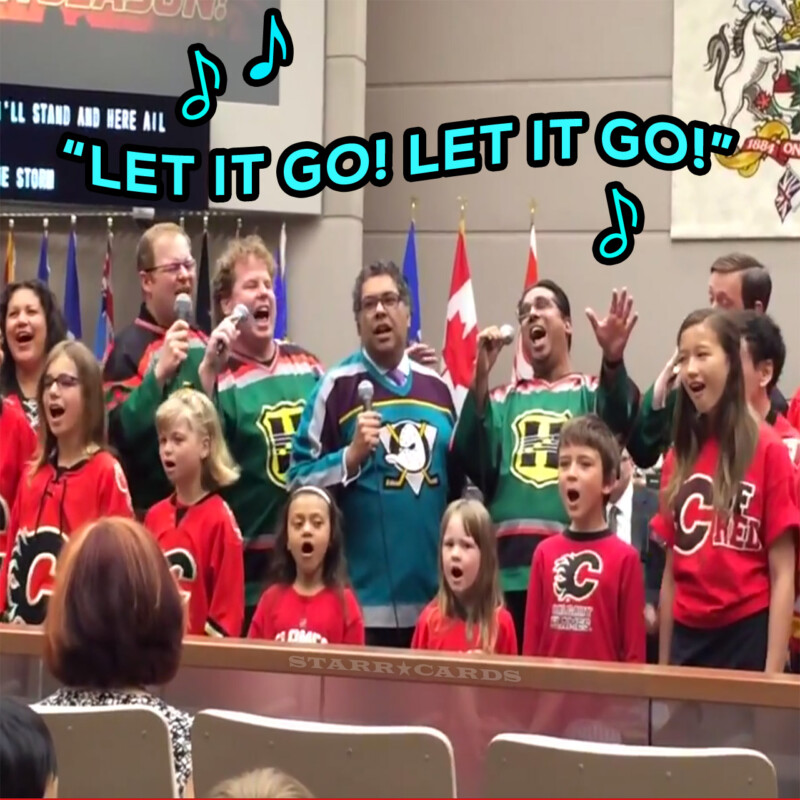 This isn’t the first time the Disney anthem and hockey have co-mingled with poor results. Last December, the Greenville Road Warriors tasked several players to sing “Let it Go” ahead of their Frozen-themed night game.

Other than lead-off vocalist Ryan Hegarty, the other players do not appear overly enthused to be singing or even familiar with the lyrics. It’s probably safe to conjecture that none of them have daughters between the ages of five and twelve.

To wash your ears out after listening to the mostly off-key “Let it Go” covers above, we present Lea Michele’s version from the opening episode of the final season of Glee.

The cold never bothered her anyway…