On Saturday, Brazil’s Paralympic 5-a-side soccer team mirrored the success of the country’s Neymar-led Olympic team to claim gold at the Rio Games — and they did it without the use of their eyes.

While star Jefinho was held scoreless in the title game, teammate Ricardinho notched his third goal of the 2016 Paralympics to give Brazil a 1-0 win over an Iranian team that had held them to a scoreless draw earlier in the tournament. Argentina claimed the bronze medal match on a penalty shoot out versus China.

Brazil’s 5-a-side team has won all four Paralympic titles since “blindfolded soccer” was first introduced at the 2004 Games in Athens. Rules of the game are similar to the able-bodied version with a few modifications:

There are five players on each team and the game lasts 50 minutes. The ball makes noise when it moves and everyone, aside from the goalkeeper, uses eye shades to ensure fairness. The goalkeeper may be sighted and act as a guide during the game. Also, the measurements on the field are smaller and there are no offside rulings. 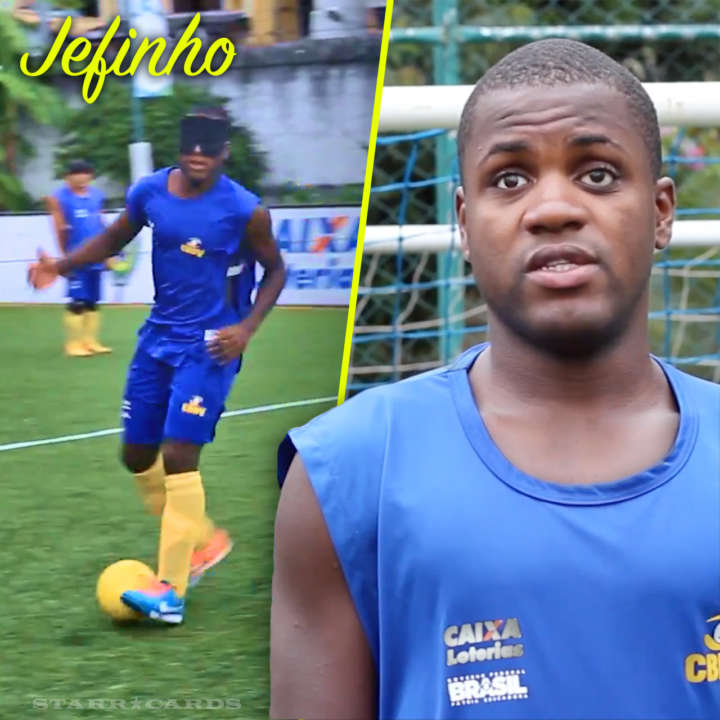 Jefinho, known as the “Paralympic Pelé”, also contributed three goals for the champions over the course of the tournament, including two scintillating scores against China in the semifinals.

Born with glaucoma, Jefinho was completely blind by his seventh birthday, but with the support of family and friends he adapted quickly. He didn’t take up soccer until he was ten-years-old, and now, sixteen years later, he is considered to be the best 5-a-side player in the world.

''I never felt excluded. On the contrary, even having this visual impairment, I always had friends.''