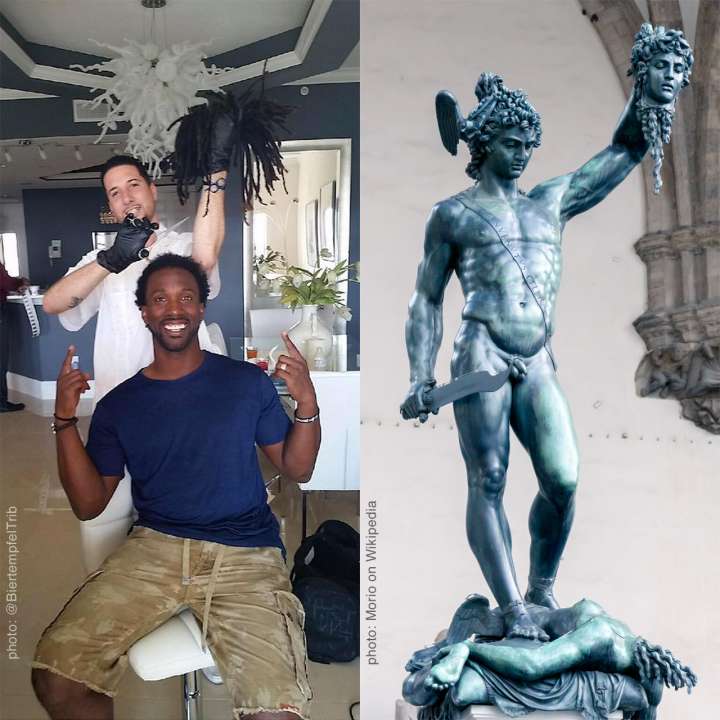 Pittsburgh Pirates All-Star outfielder Andrew McCutchen had his trademark hair sheared in anticipation of the start of the 2015 season. His barber posed with McCutchen’s severed dreads held aloft in a scene reminiscent of Perseus with the decapitated head of Medussa.

still the baddest dude in the league pic.twitter.com/8RXVX5C7wg

WHAT’S IT WERTH TO YOU?

In earlier spring-training-hair news, the Washington Nationals announced they would be giving away Jayson Werth Chia Pets to the first 20,000 fans on August 5, 2015.