Stefi Cohen, arguably the strongest woman on the planet, thrilled onlookers at the 2018 Arnold Sports Festival in Columbus, Ohio when she pulled a deadlift personal record of 545 pounds (4.4 times her bodyweight). As she continues to set new world records, it begs the question: Does this woman have any limits at all?

''Our generation has embraced the you-can-do-anything mindset. We're constantly being told to pursue our passion, not to listen to the criticism of others...''

As a teen in Venezuela, Cohen was a better-than-average soccer player who played on the nation’s U17 team. She later moved to the United States where she played Division I soccer for two years at San Diego State.

After college Cohen tried crossfit, before discovering her passion for iron sports — a discipline in which she quickly became a world-class competitor, despite an early coach’s naysaying.

Cohen’s forte is the sumo deadlift, a discipline in which she regularly shatters records. In the above clip from VICE Sports, the 125-pounder explains the form that allows her to seriously be targeting a 600-pound lift. 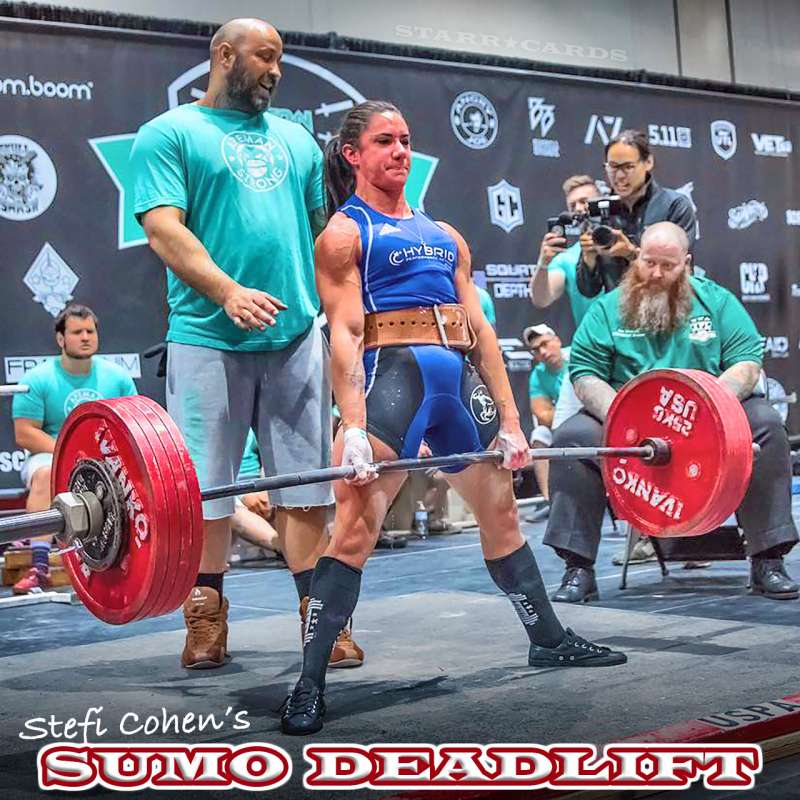 Cohen establishes a stance such that her shins are at a right angle to the ground and her toes are pointing to the outside. For the grip on the bar, she places her hands so they are vertically aligned with her elbows and shoulders. During the lift she keeps the bar close to her body and her chest nice and tall.