Sometimes watching a die-hard fan watch their team in action is as entertaining, if not more so, than the game itself. That’s the premise of Jermaine Johnson’s ongoing video series on how Alabama fans watch their beloved Crimson Tide.

Johnson, a stand-up comic who goes by the moniker “Funny Maine”, documents every Bama football game from the perspective of a lifelong fan. With Nick Saban at the helm, and Alabama a regular fixture in the College Football Playoff, Johnson’s videos are overwhelmingly celebratory documentaries, but there are the occasional heartbreaks… like the 2019 title game. 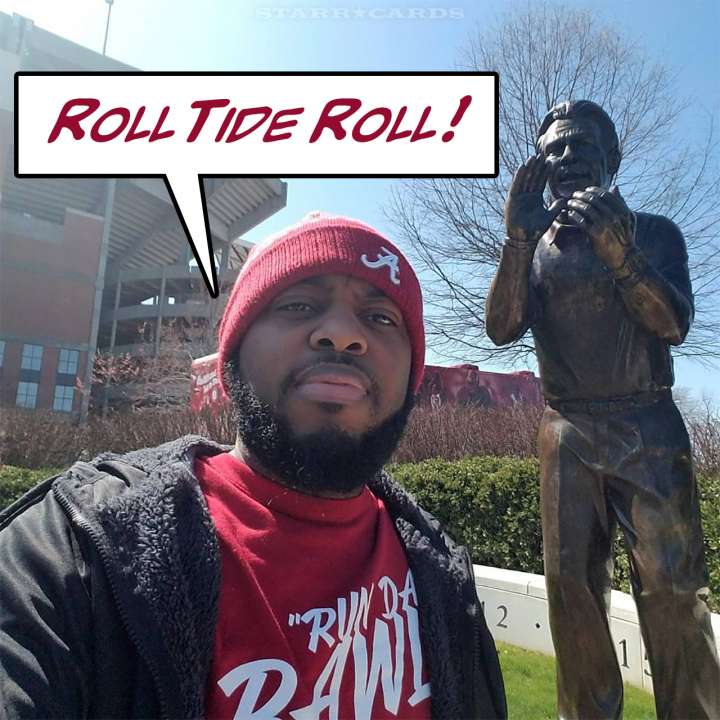 Still, with Alabama annually sporting one of college football’s topped-ranked recruiting classes, Johnson shouldn’t have much longer to mourn…

Early in 2018, he captured the agony, then thrill, then more agony, then ultimate thrill of watching the Tide secure an overtime victory versus the Georgia Bulldogs for their 17th national championship.

At the conclusion of the 2016-17 season, Johnson made a video of his agonizing reaction to Bama getting edged by Clemson in the national championship game. Apparently it resonated, as it has gone on to garner nearly a quarter-million views on YouTube.

When he’s not watching football games or delivering stand-up routines in comedy clubs throughout the South, Johnson tapes prank calls that leave the listener puzzling over their authenticity — like the one above where he threatens to burn an Auburn fan’s flag.