If you have ever wondered what’s being talked about on the football field, YouTube’s Bad Lip Reading channel has been creatively putting words in the mouths of players, coaches and referees for several years. Their most recent episode, which recaps the 2015-16 NFL season, reveals that Carolina Panthers quarterback Cam Newton met a funny bird right in his hotel in France. 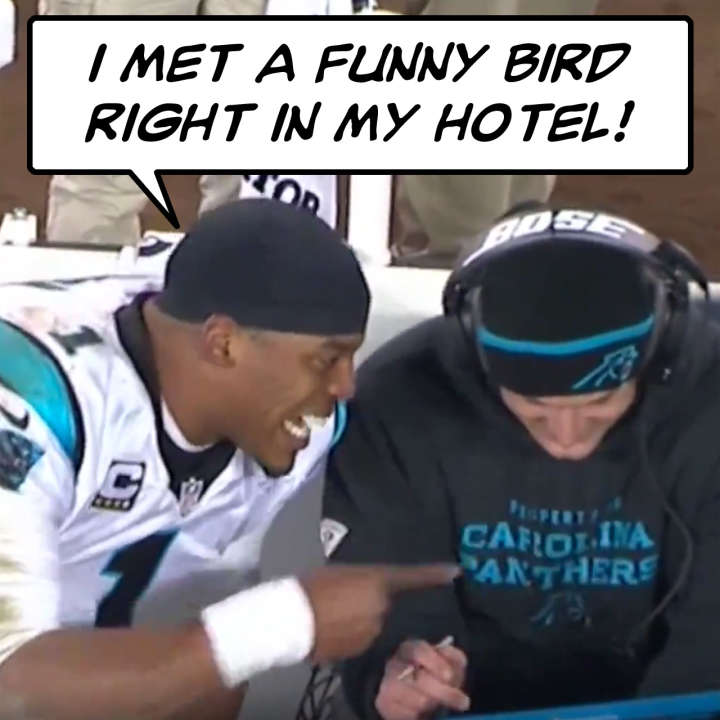 Meanwhile, equally creative wordsmiths have been active in San Francisco vandalizing Super Bowl 50 art installations. Letters in SUPER BOWL were suppressed to create SUP BRO, the B was slid to the left to make SUPERB OWL, the 0 from 50 was borrowed to render 0OPS, and rearranged to form UP R BOWEL.