Simone Biles is to gymnastics as Serena Williams is to tennis

Simone Biles is to gymnastics as Serena Williams is to tennis

Later this month, Serena Williams will be gunning for her fifth straight major women’s tennis title, and first calendar Grand Slam since Steffi Graf’s 1988 sweep. Meanwhile, with somewhat less fanfare, Simone Biles is well on her way to becoming just as dominant in her chosen sport of gymnastics.

On Saturday, Biles became the first woman in 23 years to three-peat as U.S. all-around champion at the 2015 P&G Championships. Olympians Aly Raisman and Gabby Douglas finished well back of Biles in third and fifth place. 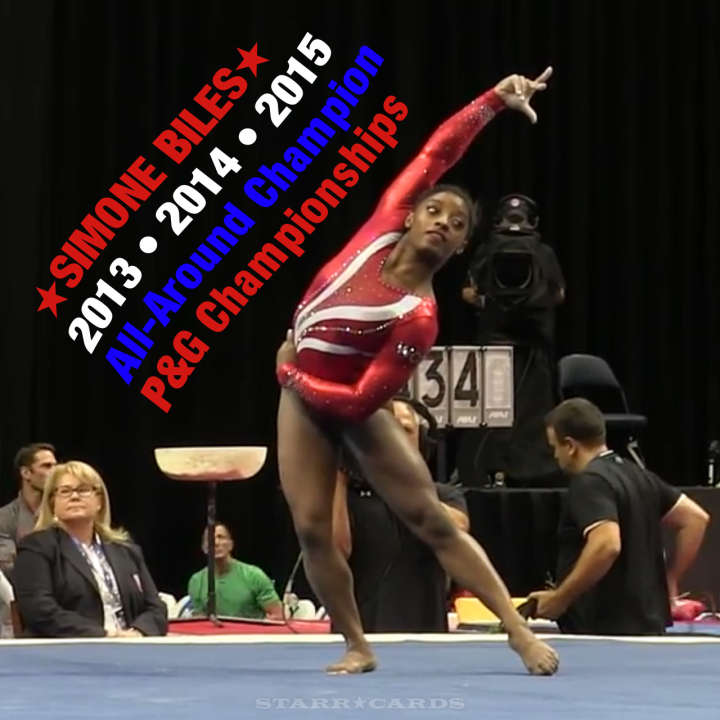 Other than a slight glitch landing her twisting front flip, Biles’ beam performance was spot on. Her two-day total of 30.100 was tops among the senior women.

Both the 5’9″ Williams and 4’8″ Biles have more in common than being historically dominant in their respective sports. Both have faced disparaging comments regarding their race and superbly-muscled physiques.

In 2013, on the heels of Gabby Douglas’ Olympic gold and Biles first World Championship title, Italian gymnast Carlotta Ferlito suggested to a teammate that they would have to paint their skin black, to have a chance at winning.

Harry Potter author J.K. Rowling came to Williams defense recently, after a Twitter user posted a tired-line of attack on her success.

.@diegtristan8 "she is built like a man". Yeah, my husband looks just like this in a dress. You're an idiot. pic.twitter.com/BCvT10MYkI