Skateboarding South India from Goa to Bangalore to Chennai

Skateboarding South India from Goa to Bangalore to Chennai

For the Westerner visiting India for the first time, just crossing a crowded street on foot can pose an interesting challenge — let alone throwing down skateboard tricks. And yet, that’s just what four skaters from four continents did for a film project known as The Curry Connection. 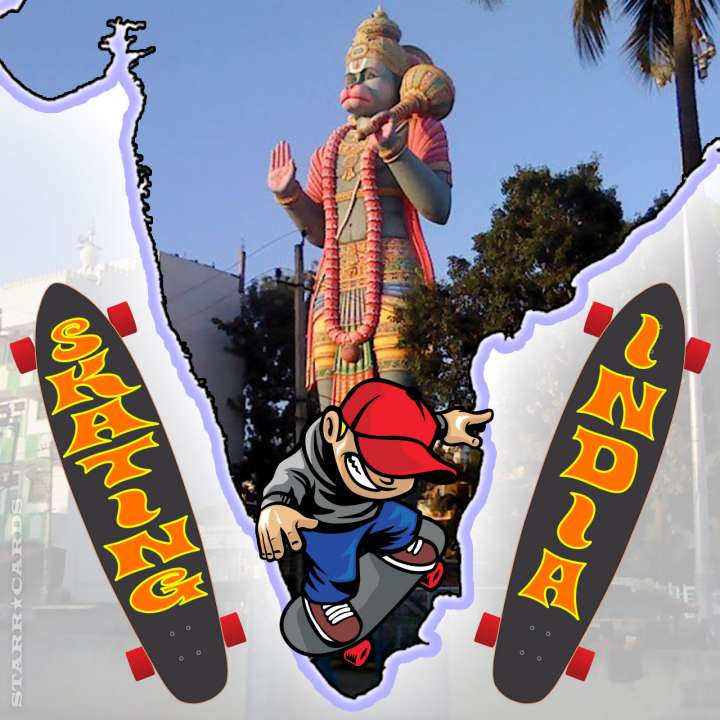 The foursome started in the former Portuguese colony of Goa, where the sun shines in endless bright blue skies next to the Arabian Sea. Goa is a beach party destination and far from a typical skate stop, so the spots they found soon had their own nick name – ‘shpots’.

From Goa, the skaters headed inland to Bangalore — India’s answer to Silicon Valley. In the country’s third-most populous city, they dodged tuk tuks, taxis and buses to shred some previously untouched concrete.

Even Hanuman, the monkey deity from the epic Ramayana, appeared to give his blessings while stoically watching over the skateboarders.

The eastward trek across South India concluded on the Bay of Bengal in Chennai. With its fair share of challenges, Chennai took a little time to break into, but, as always, just pushing down the streets was met with miles of smiles from curious onlookers.

While American exports baseball and football have gained toeholds in cricket-crazed India, skateboarding’s future on the Asian Subcontinent looks particularly bright owing to the rapidly improving streets and modest investment required for a newbie to get started.

How many Tony Hawks and Nyjah Hustons are waiting to be discovered in a country with a population of 1.2 billion in which skaters currently number in the hundreds? Time will tell…