What do UFC fighters do on game night? Naturally, they play charades. At the FOX Sports studios Daniel Cormier and Kenny Florian went head-to-head with Tyron Woodley and Stephen “Wonderboy” Thompson in a game of fighter charades. 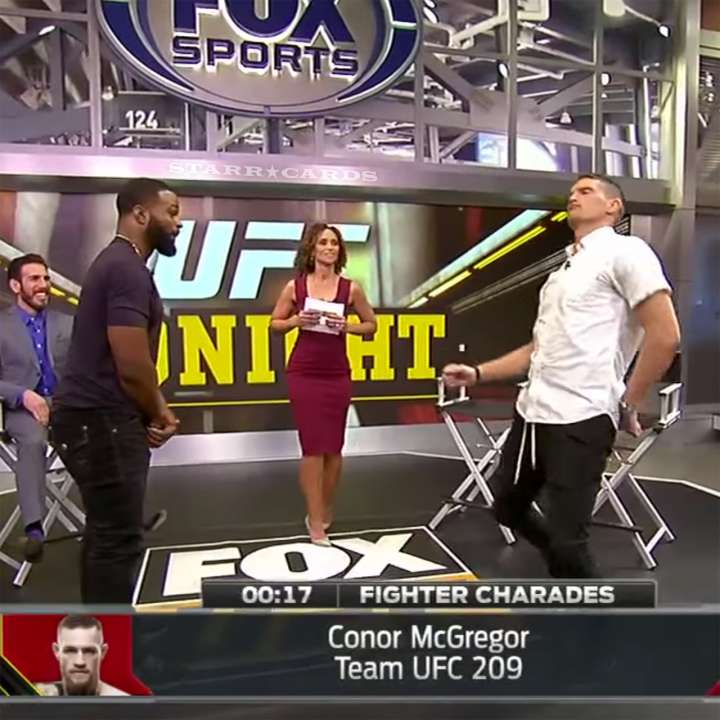 Earlier, things were far less cordial between Woodley and Thompson at ESPN’s studios, where they were promoting their upcoming UFC 209 fight. Woodley has felt disrespected since earning a majority draw versus Wonderboy at UFC 205.

Tickets for Woodley vs Thompson 2 are on sale now. Their rematch which will take place Saturday, March 4 at T-Mobile Arena in Las Vegas.