What happens when YouTuber Jukka Dudeson and freerunner Jesse La Flair get a hold of large sheets of styrofoam and meet at a Tempest Academy? Why, a parkour-flavored version of the erstwhile Hole in the Wall game show, of course.

Dudeson and La Flair rendezvoused at the Tempest Freerunning Academy in Hawthorne, California to take turns trying to jump through various silhouettes cut in styrofoam sheets. The comically-cut holes left little, to no, room for error. 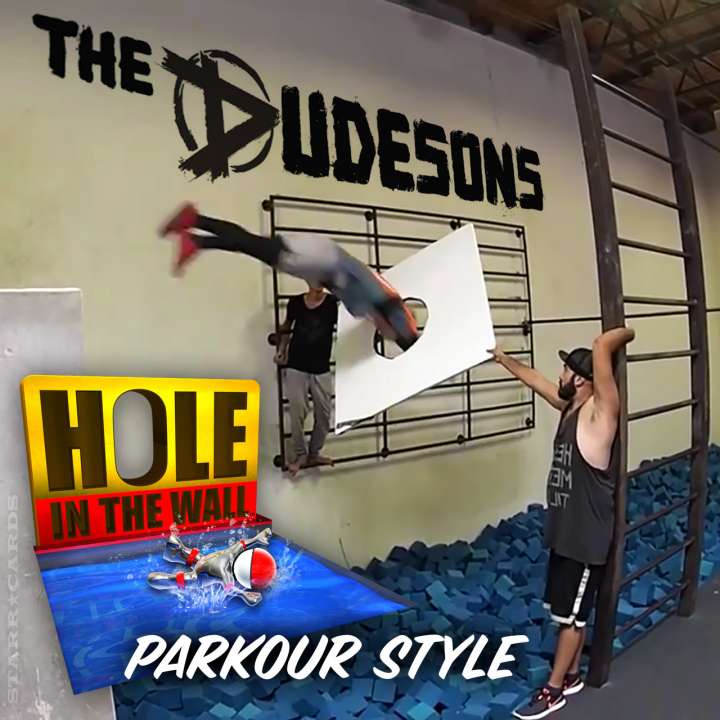 The best jump of the batch was probably the first, in which Dudeson dove from an elevated platform through a modest 2-foot diameter hole. Despite speculation that he might end up in a different Tempest gym due to a wormhole effect, he landed safely in the same gym’s foam-pit.

HOLE IN THE WALL

The inspiration for Dudeson’s video, Hole in the Wall, was an adaption of the Japanese game Nōkabe — popularly known as Human Tetris. Hole in the Wall enjoyed short runs on television in the UK, Australia, Vietnam and the United States.