The average rally length in pro tennis is just under three strokes, so any point that exceeds twenty or more volleys generally sets the crowd abuzz. At the 2013 Australian Open, Frenchmen Gilles Simon and Gael Monfils pushed each other to the limit, slugging it out over 71 strokes in one amazing rally.

''I was just hitting the ball, trying to run, and not thinking anymore. I was too tired to be upset or happy.'' 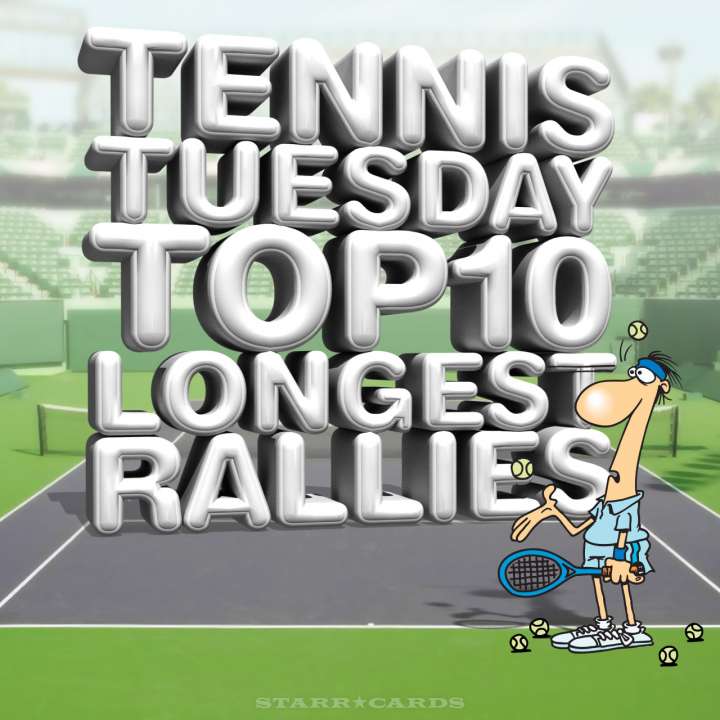 Simon and Monfils, who both like to play from the baseline, figure in another extended point — a 61-volley marathon — that also makes our compilation the top ten longest rallies on the ATP circuit.

Novak Djokovic, too, makes multiple appearances in the video, with points comprised of 50-plus strokes contested against Rafael Nadal and Andy Murray.