Mykal-Michelle (aka Mimi) is still Serena Williams’ No. 1 ranked cutest fan by a long shot

Mykal-Michelle (aka Mimi) is still Serena Williams’ No. 1 ranked cutest fan by a long shot

In 2015, then 3-year-old Mykal-Michelle Harris charmingly described how her tennis game was similar to that of Serena Williams, and the video went viral. Several years have gone by since then, but “Mimi” remains the world’s cutest fan of the best women’s player of all time.

In a later media appearance, Mimi went on NBC’a Little Big Shots where she explained to host Steve Harvey that her affection for Williams is due, in part, to her being “super cool” — a designation she also conferred on Harvey when pressed. 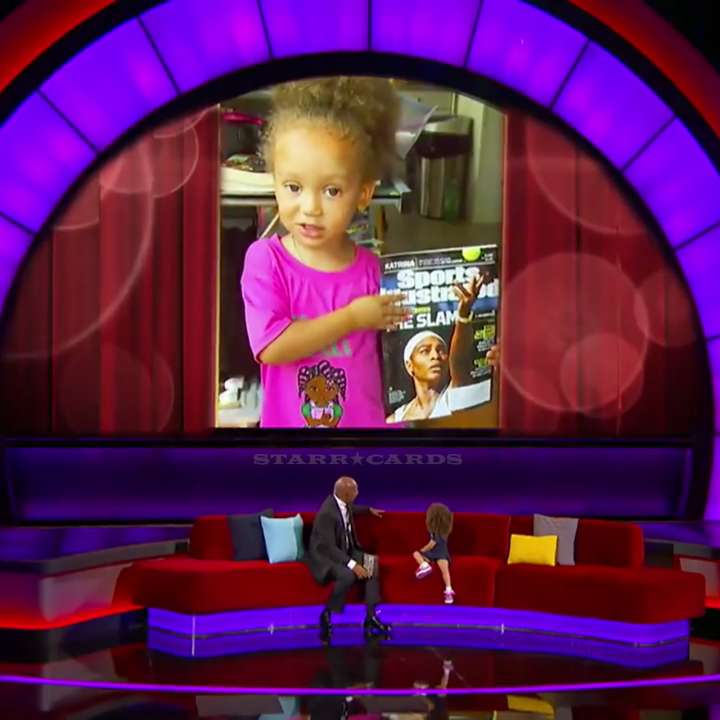 ''First you have to have a viral video. Then you have to like a sport. And that's how you become famous.''

— Mykal-Michelle, on recipe for fame

After Mykal-Michelle’s original video blew up, her family was invited to attend the US Open to watch Williams compete in person. Unfortunately, they bore witness as Williams — pursuing a calendar Grand Slam — lost to Roberta Vinci in the semifinals in what is considered one of the biggest upsets in tennis history.

''Remember, whatever you do, always enjoy yourself, and try to be the best that you can be at it.''

Days after her loss in the US Open, Williams sent a video to Mimi thanking her for her video and for her visit to New York.

The following day, William’s birthday, Mimi responded with a song for her favorite tennis player.

Mimi’s star turn led to the Harris family moving from New Jersey to La La Land, where the youngster was signed by the Osbrink Talent Agency, and now regularly rubs elbows with other celebs…