Three-time softball Olympic gold medalist Lori Harrigan was edged out for one of the final four spots NBC’s The Biggest Loser reality show by a former arena football player. But, as the old Virginia Slims jingle goes, “You’ve come a long way, baby!” 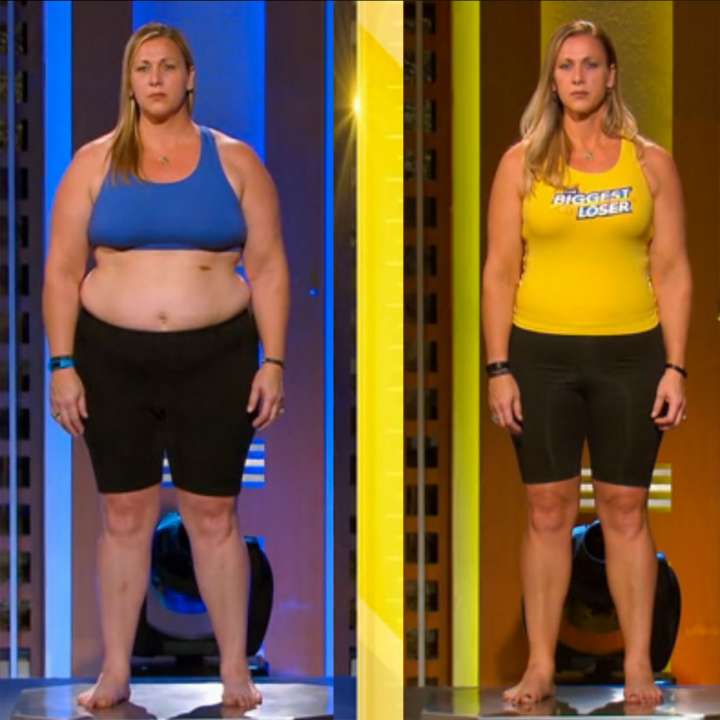 Among her achievements on the diamond, Harrigan was the first pitcher to throw a no-hitter in the Olympics. After her Olympic career concluded in 2004, she had a rough transition to domestic life which included several miscarriages and then weight gain with the ensuing depression.

Harrigan came on to the ranch weighing 301 pounds and left in Week 16 having trimmed down to 220 pounds. Early on, along with the other contestants, she shared what it was like to be put through the paces by a professional trainer.

Harrigan is now back in Las Vegas with her family where she continues to work on her weight. She still has a chance to win the prize on the season’s final episode for highest percentage weight loss. Don’t be surprised if the former UNLV Rebels’ pitching ace returns to the form of her erstwhile college years.