Last week, Tom Hanks was interviewed on the Late Show with David Letterman and shared with the host an unusual game he likes to play with his kids called “Head Coach as Stepdad.” Basically, when a football game is no longer fun to watch, Hanks and his progeny imagine what the head coaches would be like as stepfathers.

Hanks is spot on with his impersonations of Tom Coughlin, Rex Ryan and Jimmie Johnson, but kicks things off with a very laissez-faire stepdad in Bill Belichick.

SCENE: Mother is berating her son while Bill Belichick, the stepdad, works on eating a pork chop.

Mother: The music you kids listen to is nuts. It’s filthy. That’s not music. It’s got no melody. Honey, say something. Say something about this crazy music my son listens to.

Stepdad: That’s between you and him, I’ve got nothing to do with it. Just like you and me with the Rolling Stones. 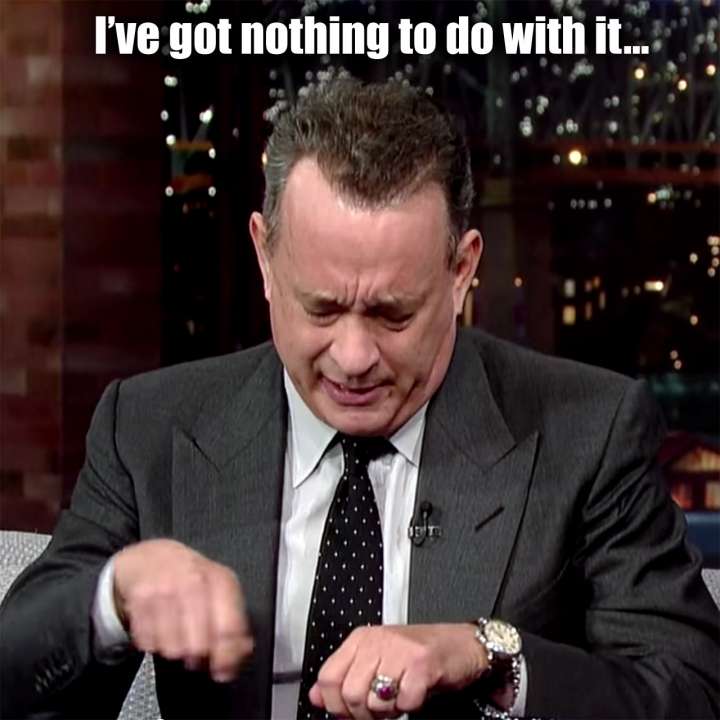 While Julian Edelman might not think Belichick would be such a mellow stepdad, everyone can probably agree on what kind of Valentine the Patriots coach would send his stepchildren…

"It is what it is…I love you." More Pats Valentines: http://t.co/XHwSKgK82E pic.twitter.com/jzPcydFDnS

For a comparison of Hanks’ take on Belichick to the man himself, we need only rewind 24 hours to when he was Letterman’s guest. When pressed on deflategate, Belichick looks like he rather be at home eating pork chops.

For a generation accustomed to seeing Hanks tackling serious dramatic roles (in movies like Philadelphia Story, Saving Private Ryan, Apollo 13, Captain Phillips and Saving Mr. Banks) it might be a revelation that the actor has such comedic chops. But early in his career, Hanks dabbled in standup in preparation for his role in the 1988 film Punchline.