With Tony Romo announcing his retirement from football, a new era of Dallas Cowboys football is both officially and retroactively under way with Dak Prescott at the helm.

Having played the most visible position on football’s most visible team, Romo finished his career with the most passing yards and touchdowns amongst Dallas’ well-stocked stable of quarterbacking legends. He also holds team records for most games with 300-plus passing yards, games with three or more touchdown passes, and 4th quarter comebacks. 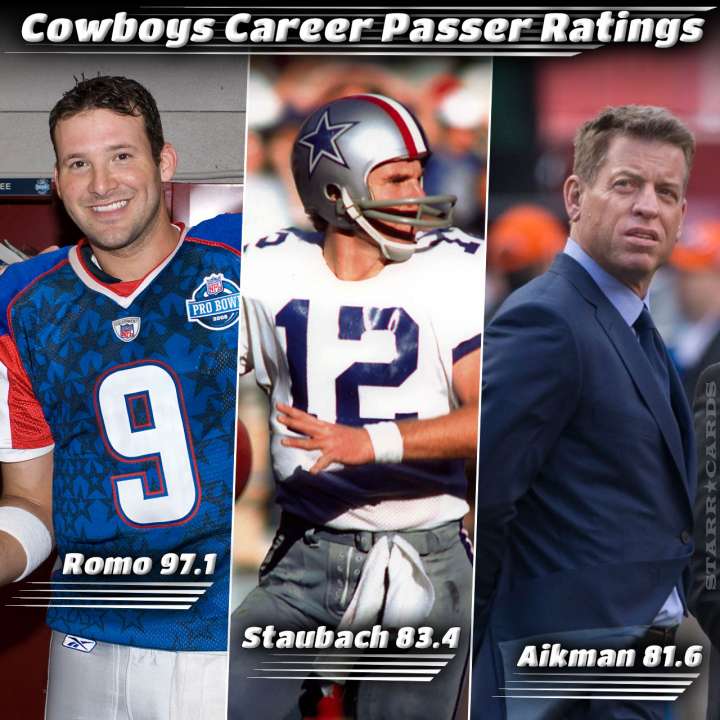 What Romo lacks in comparison with the franchise’s other most notable QBs, is success in the playoffs. While Romo was never able to lead the Cowboys past the Division Championship, Roger Staubach took the team to the Super Bowl five times, wining two, and Troy Aikman was a perfect 3-0 in his Super Bowl appearances.

Romo leaves the game with a career passer rating of 97.1, which tops the Cowboys — with the exception of Prescott who has played only one season — and places him fourth overall in NFL history. As a starter, he led the Cowboys to 78 wins over the course of a decade, and tossed the pigskin in the playoffs four times (with a lackluster 2-4 record). Romo’s best year came in 2014, when he posted a rating of 113.2 and led America’s Team to a 12-3 record in the regular season.