For the first jump, Pastrana jumped 143 feet to comfortably clear 52 cars which had been crushed into towers of four cars each.

For the next stunt, Pastrana sailed 192 feet over sixteen Greyhound buses arrayed side-by-side.

For the final jump, Pastrana re-created the Caesars Palace fountain jump that almost cost Knievel his life. Tension in the crowd was palpable as he revved his engine to speed up the launch ramp. 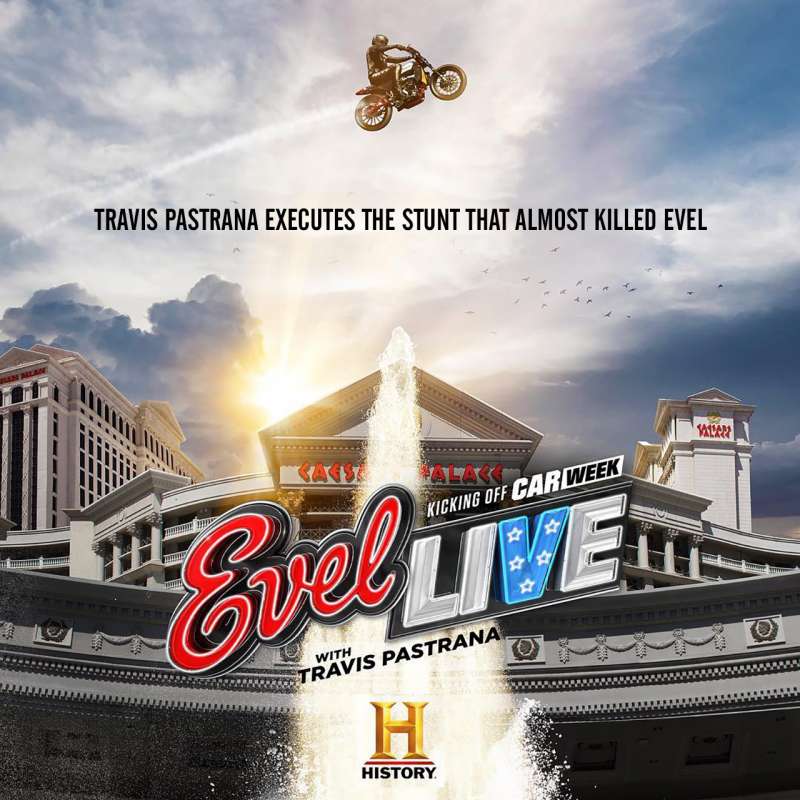 Fortunately, the stunt went off without a hitch and culminated with Pastrana and his family celebrating atop the ramp.

HISTORY OF THE FOUNTAIN JUMP

Knievel got it in his head to jump the Caesars Palace fountains after attending boxer Dick Tiger’s light heavyweight title defense in Las Vegas on November of 1967.

On the last day of the same year, Knievel made his attempt. The motorcycle unexpectedly decelerated on takeoff, causing the stuntman to crash horribly on the safety ramp. Years later, Knievel’s son Robbie entered the history books when he became the first to jump the fountain without incident.