How long could you hang with marathon runner Eliud Kipchoge? Attendees of the Chicago Marathon expo got the chance to find out—with some hilarious results.

TRY TO KEEP UP

Runners were invited to maintain Kipchoge’s world record 2:01:39 marathon speed for 200 meters on the 20-foot-long treadmill, which was making stops at each race that comprises the Abbott World Marathon Majors (Tokyo, Boston, London, Berlin, Chicago and New York City). 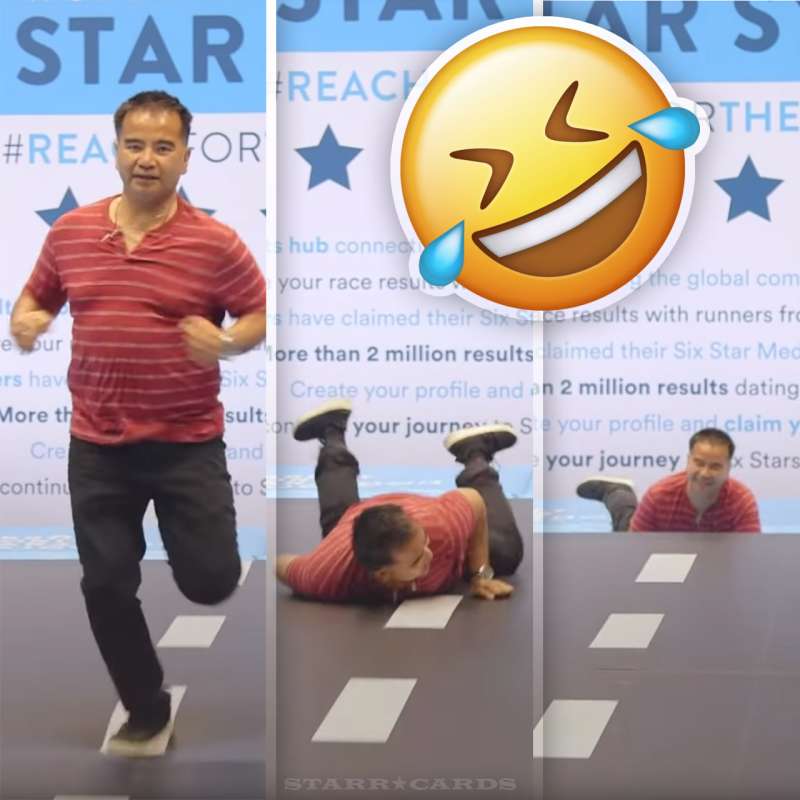 Those who dipped below Kipchoge’s pace of 13 mph wiped out, falling backward onto cushioned mats at the end of the treadmill.

The treadmill, known as the Tumbleator, is made by Canning Conveyor to promote its range of industrial conveyors. In late 2014, the company received an enquiry from the world famous Cirque Du Soleil to supply one of the heavy-duty conveyors that would work for their upcoming production Luzia.

In 2015, another Tumbleator was featured on a Danish gameshow, in which it was employed in a high-speed walking game.