Tourism boards the world over spend millions enticing visitors to their respective destinations, but Scotland’s stunning topography gets millions of free eyeballs per year courtesy Danny MacAskill and his mountain bike.

Born on Skye, the largest and most northerly major island in the Inner Hebrides of Scotland, MacAskill has starred in a number of viral videos with his home country serving as a backdrop for his mind-blowing bicycle tricks.

MacAskill’s most recent offering, charmingly entitled “Wee Day Out”, has the 30-year-old taking a ride through the Scottish countryside while pulling off a host of never-before-seen tricks. After disembarking from The Jacobite steam train at Broomhill, MacAskill kicks off the stunts by leaping his bike off the station platform onto a narrow rail. 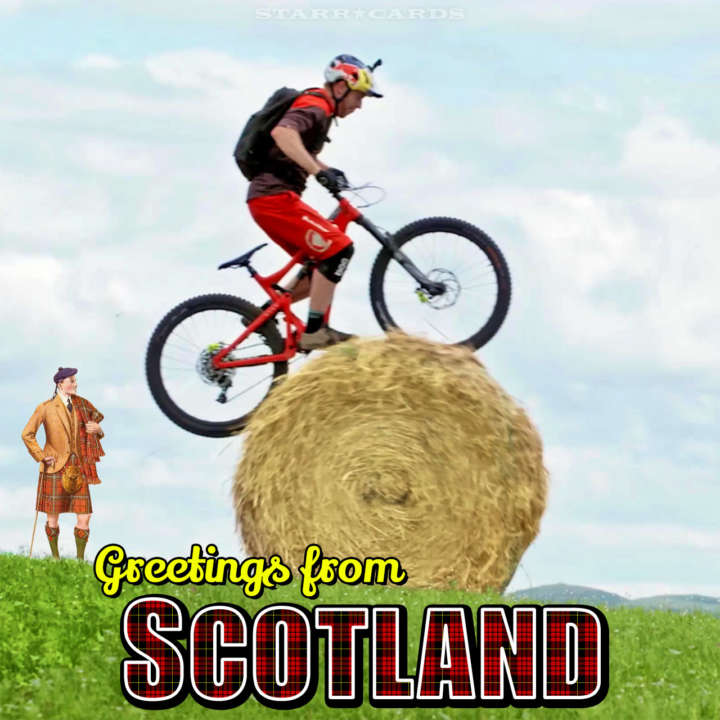 MacAskill goes on to balance his bike atop a rolling hale bale, ride over a cottage’s slate-shingled roof, and disappear into a 6-foot-deep puddle. Be sure to stay tuned to the second half of the video which includes the many takes that didn’t go so smoothly.

IF AT FIRST YOU DON’T SUCCEED

Landing a mountain bike tire on a 2-inch wide train rail while jumping 3 feet down and 6 feet to the side is no small feat. So if at first you don’t succeed, jump, jump again.

On a Mac/PC/Chromebook – You will need the latest version of the Chrome, Opera, Firefox or Internet Explorer web browser to view the 360° video correctly. To move the camera, either click and drag using your mouse, use the directional controls on the top left of the video player, or use the W, A, S and D keys on your keyboard.