MLB’s MVPs are almost always among the league leaders in the wins above replacement (WAR) stat, which attempts to gauge a player’s overall contribution to his team’s success. To almost no one’s surprise, last year’s American League MVP and perennial WAR-horse Mike Trout was again among the leaders this season, even after missing 45 games due to a thumb injury. 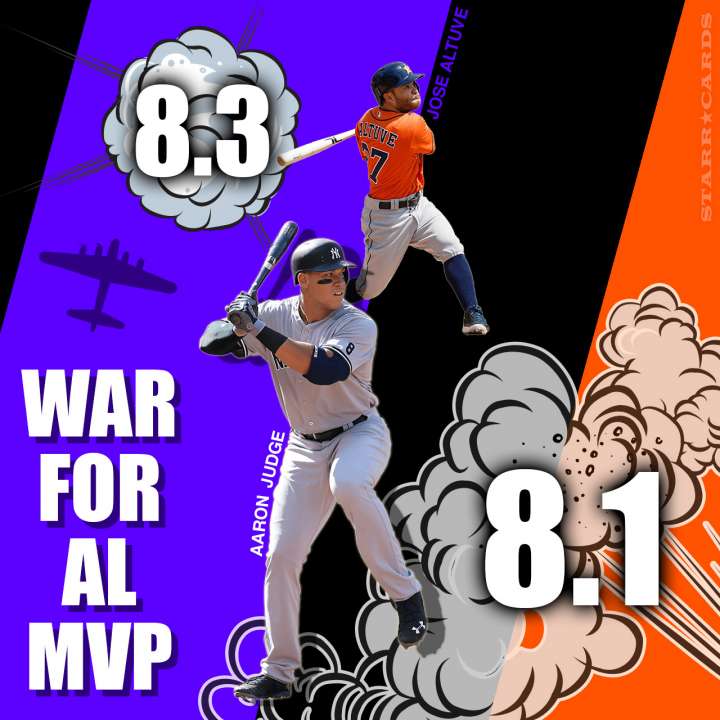 While the ballots have already been cast, baseball fans now get the treat of seeing the two prohibitive favorites go head-to-head in the American League Championship Series. Adding to the appeal to the battle is its Samson vs Goliath flavor; Altuve at 5-foot-6 is the shortest MLB player, while Judge at 6-foot-7 is one of the largest.

After appearing in 153 games this season, Altuve compiled a league-leading 8.3 WAR — an improvement on last year’s total which saw him finish third in MVP voting. Altuve’s consistent contribution helped the Houston Astros clinch the American League West with a whopping 21 game lead over the Angels. His 204 hits and .346 batting average were also American League bests.

Rookie slugging-sensation Judge compiled a WAR of 8.1 over the course of the regular season, despite a prolonged swoon following the All Star weekend where Judge won the Home Run Derby event. As the regular season wound down, the big man rediscovered his groove at the plate and finished with a MLB-rookie record 52 home runs. Judge also led the the AL in runs (128) and bases on balls (127) to more than offset his other rookie record — 208 strike outs.