Most 52-year-olds would feel pretty pleased with themselves just being able to execute a dozen push ups in a row, but as a one-time holder of the Guinness World Record for most push ups in one hour, fitness fanatic Carlton Williams is no ordinary quinquagenarian.

MOST PUSH UPS IN AN HOUR

Williams’ previous mark of 2,220 push ups in an hour, set in 2015, had since been eclipsed. To reclaim his record, he had the daunting task of ripping off more than 2,392 push ups.

Performing in his home town of Margaret River in Western Australia, the construction worker managed to reclaim the record with 2,682 push ups. 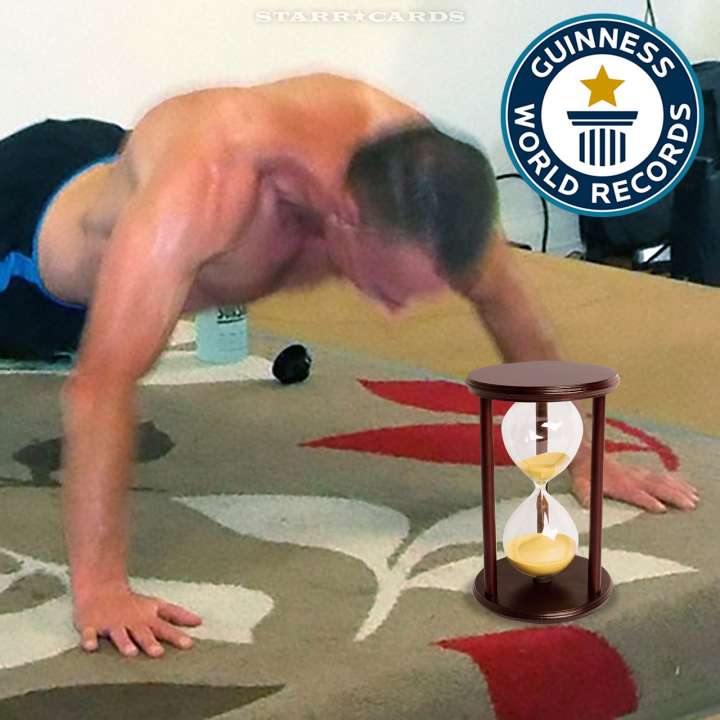 Don’t have an hour to spare? How about trying to break the record for most two-finger push ups in a minute — while outfitted with a 40-pound backpack. Balanced atop his toe tips and Herculean thumbs, Pakistan’s Irfan Mehsoon achieved his eighth Guinness World Records title with twenty-two of the weighted push ups.

The rules for this title state that the body must remain straight throughout and that with each push up the body must be lowered until at least a 90-degree angle is attained at the elbow. Not only this, but the challenger must use the same two fingers for the entire attempt. May the force be with you…