What are the odds behind the Cleveland Indians historic winning streak?

What are the odds behind the Cleveland Indians historic winning streak?

The Cleveland Indians remarkable winning streak, which has the team on the threshold of clinching its second straight AL Central crown, now stands at 22 games and counting. While it’s safe to say that no one saw it coming a month ago, just what were the odds they would put together such a stretch of dominance?

On August 23, pitching ace Corey Kluber was tagged with a rare loss as the Indians’ dropped their second straight game at home to the Boston Red Sox. The Tribe’s season record fell to 69-56 — putting their win percentage at .552. 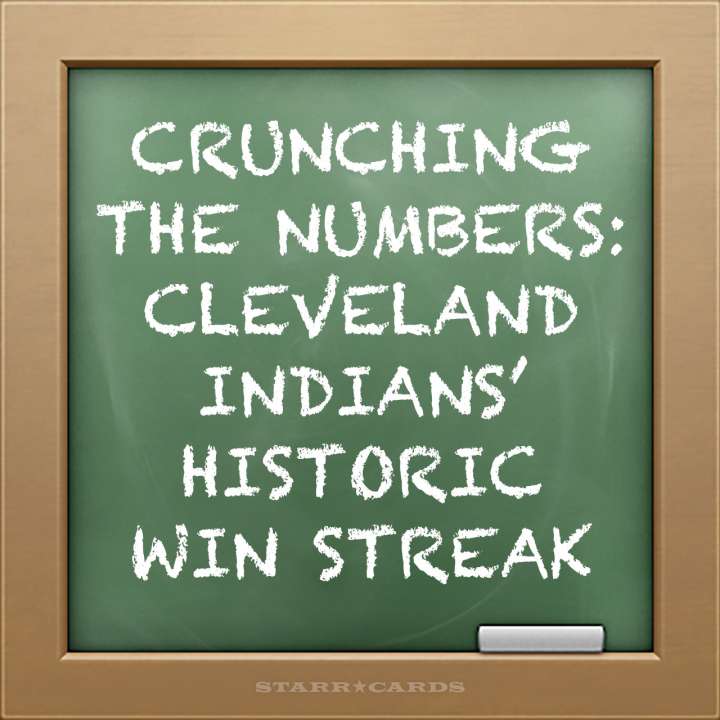 While the win percentage is only a crude measure of a team’s success in any game in the future, we will nonetheless use it to calculate the likelihood, at that particular point in time, of the Indians winning their next 22 games.

To figure out the odds we simply multiply .552 times itself 22 times. In other words, we calculate .552 raised to the 22nd power, which comes to .00000210213. Expressed in more relatable terms, this is slightly greater than 2-in-a-million odds. If the Indians can win their next game, one will be able to mathematically describe their streak as being one-in-a-million.

At 22 games, the Indians winning streak is the second longest in MLB history. The 1916 New York Giants own the record at 26 games; although their streak comes with an asterisk as it has a single tie in its midst. Using the same method described earlier, we can calculate that Cleveland’s odds of beating the record — by winning their next 5 games — now stand at 9.09 percent (.619 to the 5th power converted to a standard percentage), or almost exactly a 1-in-11 shot.