World champion base jumper Uli Emanuele had his eye on an insane stunt for three years before realizing his dream late last year. The wingsuit flyer made history by rocketing through a two-meter wide hole in a rocky outcropping on the side of a mountain in Lauterbrunnen, Switzerland.

The video has only been up on GoPro’s YouTube channel for a week and has already accumulated more than 3 million views.

''After three years of hard training I was ready for it. I opened two different exits. I flew through the hole four times. That is the smallest hole ever flown through by anyone.''

Almost as amazing as Emanuele’s flight is his calm demeanor after its successful completion. Once freed from his parachute, he playfully calls to a trio of nonplussed alpacas arrayed 30 meters distant from his landing spot. 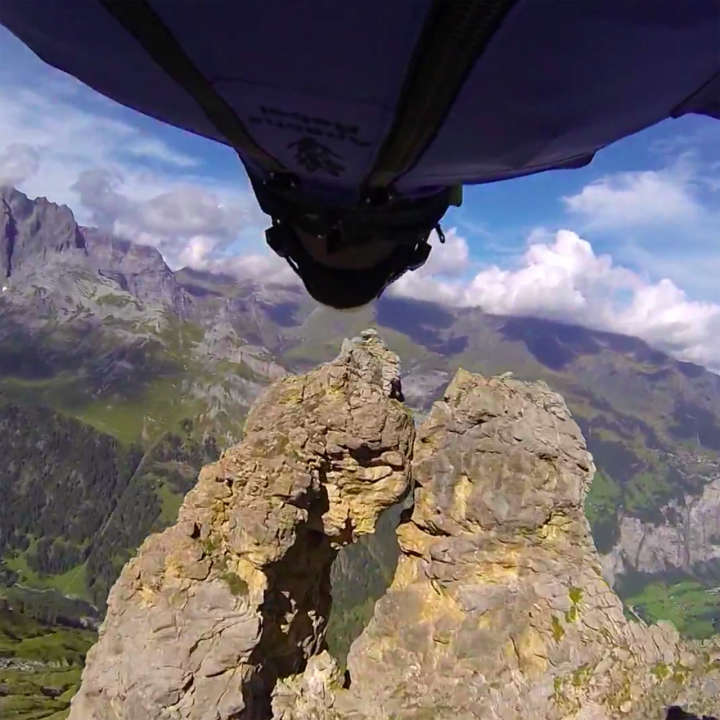 An earlier video posted by Emanuele had the daredevil giving new meaning to giant slalom as he flew through a series of crevices and ravines in the mountains of Switzerland, Italy and France.