In 2015, world-class blade runner Blake Leeper recently made a surprise Mother’s Day visit to a familiar Tennessee home after smuggling himself away in a Teleflora van. Before Leeper made his presence known, his mother was shown a tear-jerker video in which he credited her with much of his success.

Leeper has a congenital defect that caused him to be born without legs beneath the knees. He’s been getting about on prosthetics since he was just nine months old. Encouraged by his parents, Leeper took up youth baseball and even played on his high school’s varsity basketball team.

''You see me... yes, I do have two disabilities. But I still have a thousand more abilities to show the world why I'm a truly special person.''

In college, Leeper received a grant for state-of-the-art running prosthetics and he quickly became a world-class sprinter. At the 2012 Paralympic Games in London, Leeper finished second to Oscar Pistorius in the 400-meter T44 event, and claimed the bronze in the 200 meters. 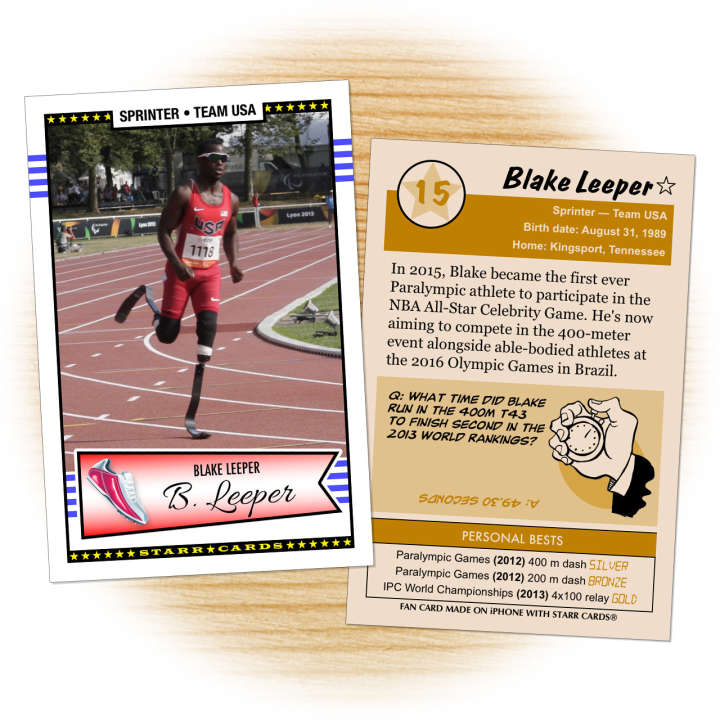 Leeper missed out on the 2016 Olympic Games after testing positive for benzoylecgonine and receiving a 2-year suspension, but has set a series of world records since his return to racing.

In 2018, Leeper set a new world record in the 400m at the Josef Odlozil Memorial 2018 in Prague, Czech Republic with a blistering time of 44.42. Running with almost perfect form, he lowered his previous best (45.05) by more than half a second.

Off the track, Leeper motivates others by spreading the same message of positive thinking first instilled in him by his father and mother.