As pro and amateur golfers alike have demonstrated, collecting a hole-in-one is a daunting task, but on one golf course in Missouri it’s like hitting the ball into an ancient ocean… literally.

In 2015, Branson gained another attraction to draw in visitors to the southwest corner of the state. A 35-foot-deep sinkhole opened up at the Jack Nicklaus-designed Top of the Rock golf course, swallowing up a good-portion of the green, a sand trap and draining a water feature near the driving range. 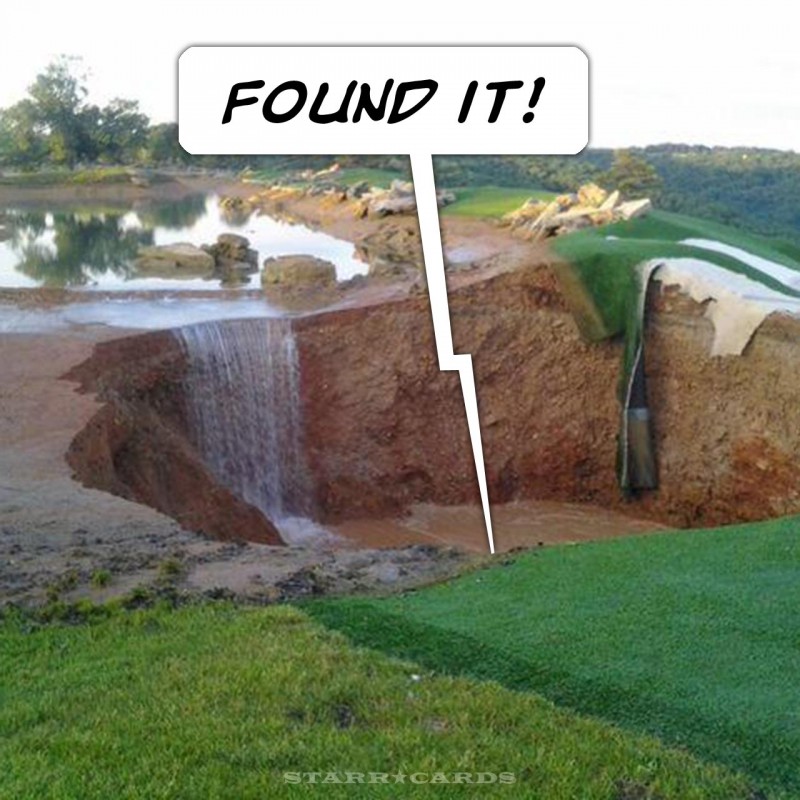 After geologists were given time to study the formation to learn more about karst topography — landscape formed from the dissolution of soluble rocks such as limestone and dolomite — the course’s owner, billionaire Johnny Morris, decided to dig even deeper.

''Might as well think positive. It's a treasure hunt, and something to share with everybody. 300 million years ago we would have been standing here with sharks or other sea critters.''

— Johnny Morris, on digging in sinkhole

This isn’t the first time a sinkhole has wrecked havoc on a golf course. In 2013, a sinkhole swallowed amateur golfer Mark Mihal in the middle of the fairway at Annbriar Golf Course in Waterloo, Illinois.

One might say it was nature’s perverse way of flipping the “hole in one” expression to “one in hole.” If alligators on the green aren’t bad enough, golfers must also stay alert for spontaneous sinkhole hazards.