CJ Cummings may stand a nearly a foot-and-a-half shorter than LeBron James, but he’s on a trajectory to be as important a figure in his chosen sport as the four-time NBA MVP is to his.

Considered by many to be the future of Team USA’s weightlifting team, CJ Cummings is working toward ending the country’s 33-year medal drought in men’s weightlifting at the Olympics. Under the tutelage of trainer Ray Jones, the young phenom trains day in and day out, tucked away in a small gym in Beaufort, South Carolina. 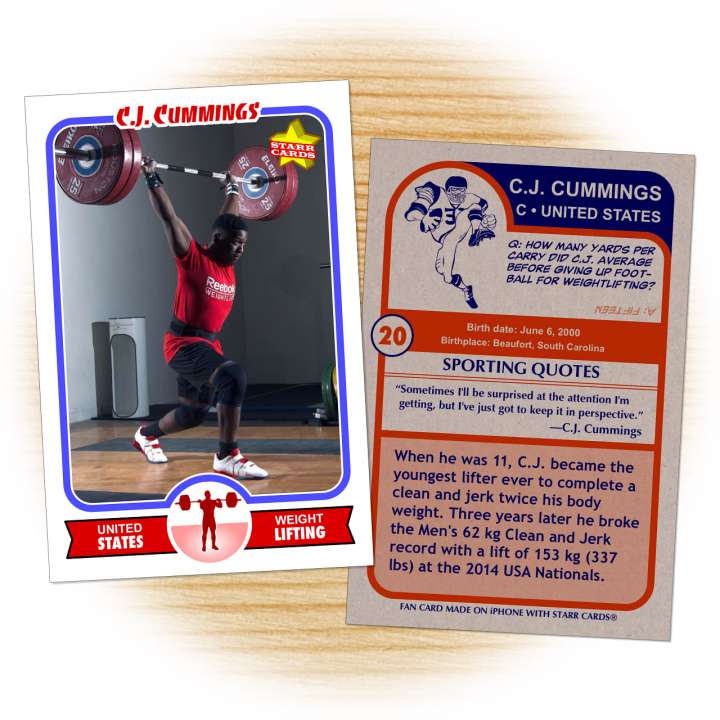 At the age of 11, Cummings became the youngest recorded weightlifter to clean and jerk double his body weight. He’s gone on to break numerous weightlifting records in a sport where most men don’t peak until their late 20s or early 30s, and he’s still in high school.

Just this past summer, Cummings finished 1st overall for 69kg weight class at the 2017 IWF Youth World Weightlifting Championships in Bangkok, Thailand. He set a new Youth World Record in the Clean & Jerk at 185kg, and was honored as Best Lifter in the entire competition.

If Cummings can find his way atop the podium at the 2020 Tokyo Olympic Games, it would be the United State’s first gold in the weightlifting event since Charles Vinci dominated the 56-kg weight class at the 1960 Games.