Tall bikes, as the name suggests, are tall bikes (like really, really tall bikes). Canada’s Zenga Bros have long been at the forefront of the tall-bike subculture embraced by the daring, the creative and the downright foolish. 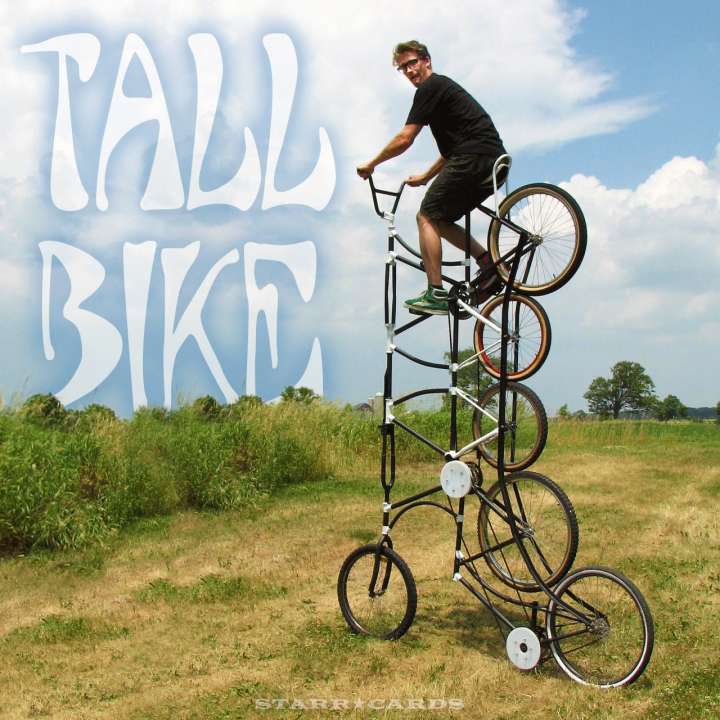 ''As a skater, I love an adrenaline rush, but tall biking gives me something even different. Just that awareness, I think, it does something to you that I can't totally describe... I'm white knuckled all the time.''

— Will Zenga, on tall bikes

Riding any bicycle is a positive step toward a healthy lifestyle and personal enjoyment, but it’s the tall bike that has the power to change the world. Follow along as the six Vancouver-based brothers share their passion for riding high…

TALL BIKES SAVE THE WORLD

The Zenga Bros mission is nothing less than the “eccentrification” of the world: To create everywhere, redeem everything and be foolish. Learn more about the modern tall-bike movement in episode 1 of this radical series from Red Bull.

Episode 2 gives a thorough introduction to tall bikes; how they’re built and why the Zenga Bros are so obsessed with them. Explore the family history with tall bikes, and why they believe this revolutionary vehicle has the power to change the world. Learn about the building process, which doesn’t require specialized skills, just a wild imagination and a keen sense for reusing materials.

Episode 3 illustrates how our tall bikes have evolved into rolling workshops, enabling the Zenga Bros to make art, build ramps and carry all the supplies needed to transform any environment they pass through. You’ll see a bike give birth to another bike, and skateboard ramps built in unexpected places.

Episode 4 asks an important question, why tall bikes? Like the early settlers who ventured forth by horse and carriage, porting everything they needed to build a new life, the tall bike can be loaded with all the supplies needed to transform any environment they pass through.

In episode 5, it’s not about the rider asserting their creativity, but about how the tall bike can initiate such wonderful, spontaneous encounters along the way. Witness the tall bike as an augmented reality machine that surprises the passersby and awakens them from their daily routine.

Episode 6 culminates the series by highlighting the truly revolutionary aspect of the tall bike – it isn’t part of the economy. You can’t buy a tall bike, so the tall bike’s existence has to be about working with your hands, repurposing stuff and then taking it out on the streets and sharing it with people.

''Tall bikes have never been totally embraced by a culture in [ an economic ] sense. It's pure. It's free. Nobody knows what it is yet — it's still uncharted territory.''

The tall bike encourages you to be a creator not a spectator, make the most of what you have, and express joy and love fearlessly. It can shift the rider’s perspective so that they can approach even the most familiar places from an elevated state of awareness – but let’s not get too serious, these are tall bikes.