Monday night, the Chip Kelly era got under way in Santa Clara with the San Francisco 49ers pitching a 28-0 shutout win over the Los Angeles Rams at Levi’s Stadium in Santa Clara.

Other than Colin Kaepernick and Eric Reid kneeling during the national anthem, the biggest news to come out of the otherwise dull blowout was a streaking fan’s run onto the field in the fourth quarter. Westwood One radio announcer Kevin Harlan dramatically called the interloper’s field progress (and regress) as if he was a meandering running back. 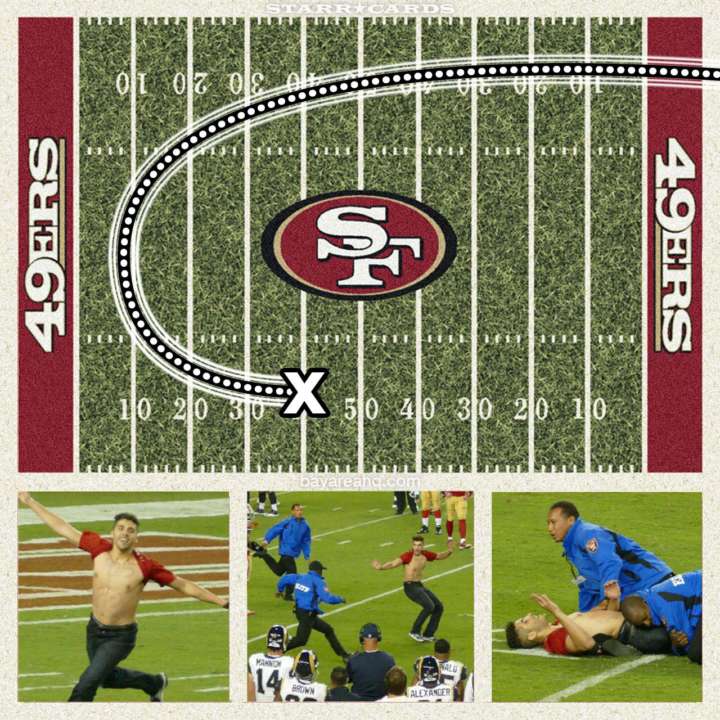 Ultimately, the bare-chested runner was brought down by blue-jacketed stadium security at the 40 yard line, but not before he was able to scamper all the way down to the nine and back. In total distance, the fan covered more ground on one play than the Rams rushers managed for the entire game.

Harlan is in his seventh season as the full-time voice of Monday Night Football on Westwood One. He has also called the action at the last six Super Bowls, beginning with Super Bowl XLV in February 2011.