With his bronzed skin and chiseled physique, Adam Solomon looks like he could be a missing cast member from MTV’s Jersey Shore. Yet, despite residing in the Garden State’s Ocean Township, his fame hasn’t come from a star turn on the erstwhile reality show, but through his pugilistic prowess.

Salomon can seemingly punch and elbow the speed bag every which way but loose, without ever missing a beat. As seen in the post above, his fists aren’t the only thing that exhibit laser-like precision.

''I realized that there are so many different combinations you can add to a speed bag routine to make it more fun and challenging. The better I got at it, the more addicting it became.'' 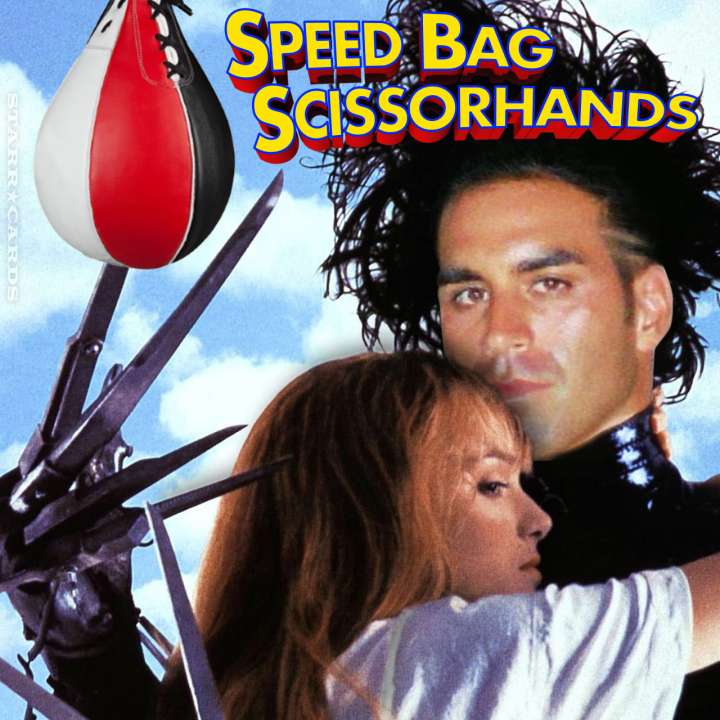 Years ago, the five-foot-nine, 169 pounder started going to the gym intent on pumping iron, but he soon discovered the pleasures of supplementing weight training with extended speed bag sessions. His pastime became an obsession and Speed Bag Scissorhands was born.

As a personal trainer, Salomon has worked with heavyweight boxer Kevin “Kingpin” Johnson, members of the heavy metal band Whitesnake, and has even had Bruce Springsteen stop by the gym to study his speed bag technique.

In 2010, Salomon worked with Jersey Shore star Angelina Pivarnick in preparation for her celebrity boxing match with Kerry Schwartz from VH1’s Frank the Entertainer in a Basement Affair. The fight never materialized, but the pair had fun training nonetheless, as evidenced by the above video.