Decades before he became the host of a youth talent show, Steve Harvey dabbled in boxing. That experience has come in handy as host of NBC’s Little Big Shots where he has interviewed pint-sized pugilists a couple of times now — most recently mixing it up with precocious twin brothers from Philly. 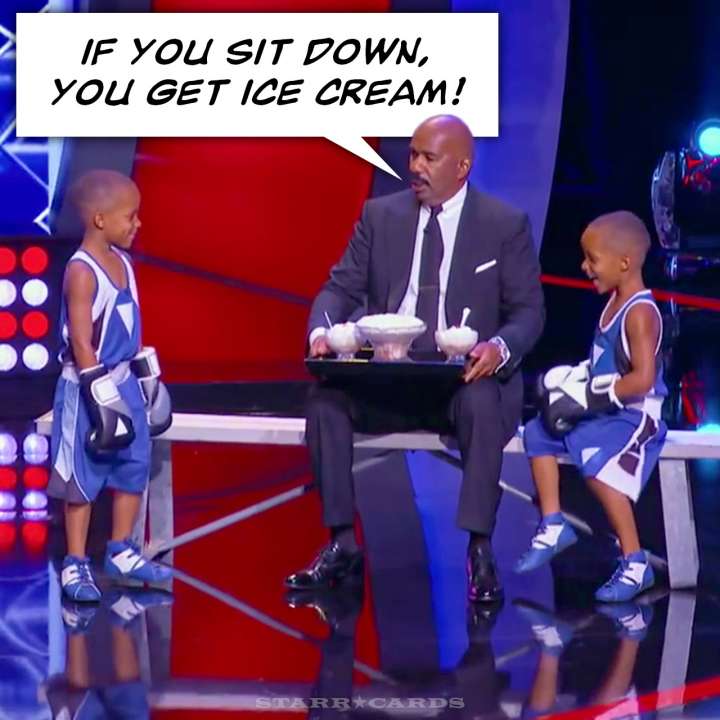 In 2017, Steven and Daniel Grandy showed off their glove and mitts training routine, then joined Harvey center stage for an abbreviated workout. All three flashed some impressive jump rope skills, before the visibly gassed host retreated to his “coaching bench” where he bribed the kids to sit down with ice cream.

The Grandy twins took to boxing of their own volition at the tender age of two while visiting the gym their father, Danny, frequented. He fostered their natural proclivity for the sport and started sharing their progress in the sweet science on social media which led to a large and growing Instagram following.

Nowadays, Danny, who comes from a family of amateur boxers, trains his now 9-year-old boys, and a dozen other similarly aged kids, at Kingsessing Boxing Gym in Philadelphia and Delco Boxing Academy in the suburb of Glenolden.

''I'm just trying to keep them away from the negativity that goes on in these Philly streets. Growing up without a father, I didn't have this push. Hopefully they stick with it.''

— Danny Grandy, on his twins boxing

In 2016, a video of the young pair training on a Philadelphia street in the grand tradition of Rocky went viral with the original posting garnering over 100 millions views.

Over the course of their young boxing careers, both boys have already picked up an impressive array of belts and awards.

Earlier, the twins sat down for an extended interview with Raw Sports where we learned that Steven’s favorite boxer is Floyd Mayweather, while Daniel is a fan of Andre Ward’s work — in particular, his appearance in Creed. The pair also diverge on favorite food (peanuts vs peanut butter and jelly sandwiches) and cartoons (Ben 10 vs Teen Titan Go!).