Cen Xiaolin, a 15-year-old high-school student from Guangzhou, south China’s Guangdong Province, completed an “impossible challenge” on China Central Television’s Beyond the Edge reality show, against outracing a team of national rope-jumping champions to 1,000 skips of the rope. 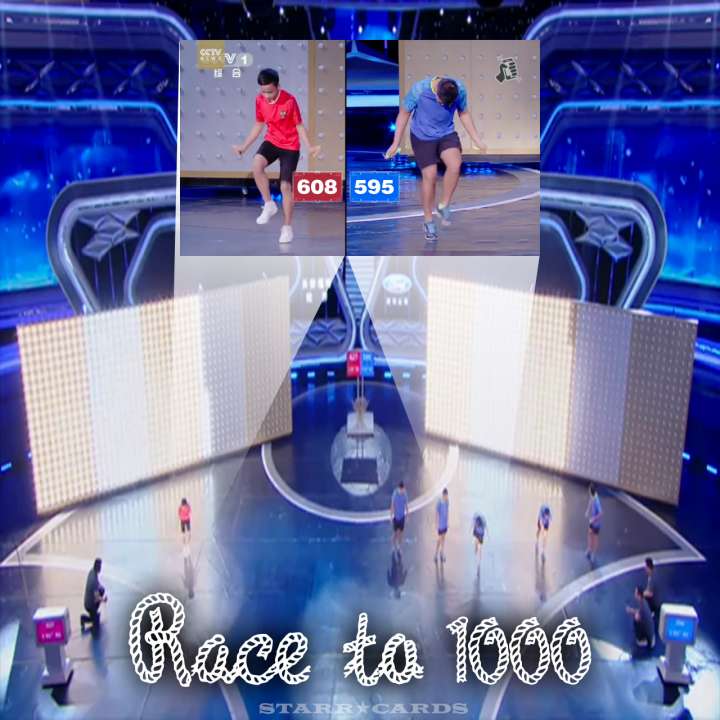 Alone against a five-person relay team, Xiaolin wowed the audience with his focused performance. Jumping rope at lightning speed, the teen only tripped up a single time on his way to 1,000 skips in just 2 minutes 47 seconds. That works out to a jaw-dropping average of nearly 6 skips per second!

BATTLE OF THE SEXES

To put Xiaolin’s achievement in perspective, consider that the Guinness World Record for one minute stood at just 252 skips in a minute until Beci Dale raised the bar an episode of Guinness World Records Smashed. Facing former record-holder Jamie Arthur (a gold-meal winning boxer from the 2002 Commonwealth Games), Dale reeled off 332 skips in a minute — which is still off the pace Xiaolin maintained for almost three minutes.

If something at a slightly slower pace is more to your liking, there’s always the underwater record. Jump rope professional Peter Nestler broke the world record with 1,871 skips in one hour by using a weighted rope and strategically surfacing for air every eight seconds or so.