Five-year-old Murtaza Ahmadi has apparently come to Lionel Messi’s attention after photos appeared on social media of the youth dressed in a makeshift Messi jersey fashioned from a striped plastic bag. The improvised shirt was made by Murtaza’s older brother, Hamayon, after his father said he couldn’t obtain the real deal. 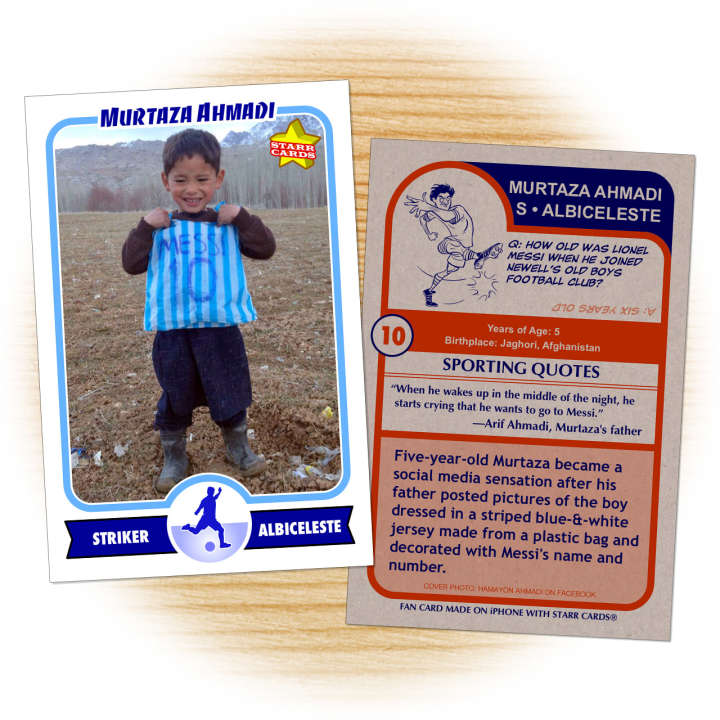 WHERE IN THE WORLD?

When the pictures of Murtaza first started appearing on the internet, his identity and whereabouts were a mystery, with some fallaciously placing him in Iraq, and others, Iran. Eventually, with the help on an uncle living in Australia, the media was put in touch with his father — a farmer living in Jaghori, Afghanistan.

''I feel very happy that he is famous now. He is really excited that his pictures are everywhere now. He wants to become a football player in the future and go to school.''

Murtaza may get the chance to meet his idol, or, at least, score some official gear; a reputable Messi fan tweeted that he had been contacted by representatives of the five-time Ballon d’Or winner who want to “arrange something for him.” As Steph Curry can attest, it’s not that easy to get one of Messi’s shirts — even if you’re the reigning NBA MVP.